The PCR test goes to court (in Germany, Portugal and beyond) 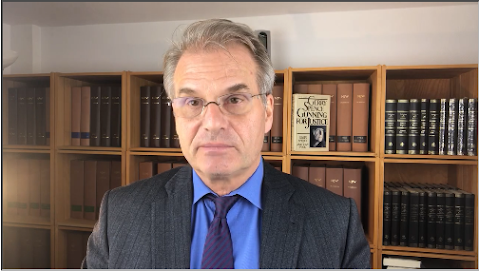 [4] Kurzbericht_Corona-Ausschuss_14-09-2020-1-4.pdf see their information on their site
[5] Pandemic Exposes How Science Is Suppressed for Political, Financial Gain • Children's Health Defense
[6] The major implications of Portuguese case law concerning PCR tests (francesoir.fr)
[7] „WERKZEUG ZUR PANIKMACHE“ Harsche Kritik an Corona-Lockdown: Anwalt Reiner Fullmich greift Virologen Drosten und RKI-Chef Wieler an
[8] Think of the deaths of Rivotril in nursing homes and the aberrant ban on the use of hydroxychloroquine by the Minister of Health in France. The death figure for Rivotril would be at least 10,000 deaths and the deaths are also related to the abandonment of care for chronic or undetected diseases during confinement and the weeks that followed (heart attacks, strokes, untreated cancers and not screened etc. No to deadly re-containments, even local ones! - Doctor Nicole Delépine (nicoledelepine.fr)
[9] Recall that in France despite the theatrical transfers by plane or TGV of some patients, private clinics were empty throughout the country, prohibited from normal care by the White Plan imposed by Edouard Philippe a few days before confinement (reserved for emergencies deemed such by the ARS and not the surgeon or the patient) and that no covid-19 patients were sent to them, except with a few exceptions. It should be noted that currently private clinics have again had to cancel many patients on the orders of the ARS while the pseudo second wave is over and hospital services are not saturated.
[10] Note that the US CDC recently admitted that only 6% of patients classified as dead from Covid actually died from Covid. In France itself, the minister recently confessed to the Senate that it was difficult to determine the proportion of deaths due to covid or associated with Covid.
[11] In fact the complaint was filed on November 23, 2020 Klage des Dr. med. Wolfgang Wodarg, Wiesenweg 40, 24646 Warder - Kläger - Prozessbevollmächtigte: Rechtsanwälte Dr. Fuellmich & Associates, Senderstrasse 37 in 37077 Göttingen gegen Philip Kreißel, [Anschrift] - Bekufälagter - wegen Unterdigeldung. Vorläufiger Streitwert: € 250,000 Wir bestellen uns zu Prozessbevollmächtigten des Klägers. 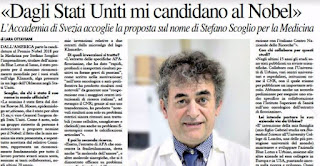 I made this post is for my English-speaking friends to explain what is really happening in Italy and with the corona virus crisis.

Given that SARS-CoV 2 has been implicated as causing very severe and unique respiratory symptoms (Covid-19), can anyone provide me with the study that proves this? I am sure you are familiar with Koch's 4 postulates, which are the foundation of all microbiological research.

So, where is the study in which they isolated the virus; in which they cultured it; injected it as a purified virus into an animal; recorded both the symptoms that the virus should cause, and its significant proliferation in the host?

This is the only type of study that can prove causality in relation to a disease by any organism (the virus obviously cannot even be defined as an organism, but the rules are also valid for viruses).

I have searched a lot for such a study, but have not been able to find it. It's certainly due to my limitations, so I'll be happy to be enlightened by anyone who can (I doubt anyone will, though).

There is the further problem of identifying and detecting the virus. At GISAID, the international genomics institute, there are several different genome sequences of SARS-Cov-2, which suggests that we are talking about different viruses; or that they simply don't know what they're doing.

As for virus detection, various studies show that the RT-PCR test used for SARS-CoV2 (or should I say the different PCR methods used in different countries), gives about 80% false positives, i.e. they are totally unreliable.

These do not seem to be very solid grounds for closing the world economy!

In Bergamo and Brescia there were 800 deaths attributed to Covid-19 before Italy proceeded to lockdown; in the 3 weeks from the start of the alleged infection to the blockade, how is it possible that Milan, a city of 5 million people, which is practically joined to Bergamo by a series of cities that connect the two neighboring cities, one month after the infection Instead of the tens of thousands of infected and thousands of deaths that might have been expected, it had only 1,000 infected and not even 100 dead?

So, this virus is so smart that it is contagious when it wants to be and non-contagious when it doesn't (which by the way raises the most fundamental questions: how can a piece of RNA covered by a protein, i.e. a molecule, want something? We treat viruses as if they were alive, but they are not, they are just molecular compounds).

And let's take a look at epidemiology. Some people claim that there has been a great wave of deaths around the world. Where is it? The only place where there are apparently above-average deaths are still the two provinces of Bergamo and Brescia, where about 2/3 of all Italian deaths have occurred.

Which once again raises the question as to why such a dangerous and super-contagious virus affects only those two provinces (some critics argue that it is because those two provinces were indeed the subject of a massive vaccination campaign, which administered 185,000 flu shots and more than 35,000 meningococcal vaccines at the same time during the month of December 2019 - but let's not open this discussion now)

In any case, the total deaths attributed to the coronavirus in Italy, after two months, were just over 7,500. Now, were they definitely due to the coronavirus? Well, given the unreliability of the test, it's hard to say, isn't it?

However, the Istituto Superiore di Sanità, the official scientific body of the Italian government, examined medical records of 2003 people declared deceased from coronavirus and concluded that only 24 could be considered with certainty to have died from the coronavirus, all others having an average age of 81 and 2, 3 or more life-threatening conditions (such as cancer, advanced diabetes and cardiovascular disease).

If we apply the same standard to the 9,000 people who are said to have died from coronavirus in Italy so far, that would give a total of 108 people who have died from coronavirus, an almost insignificant figure compared to the 1,800 people who die in Italy every day. But I am sure that now the ISS, considered one of the main scientific bodies in the world, is and will be ignored as if they were the last of the charlatans ...

In recent years in Italy the number of people who have died from respiratory diseases has been stable - between 53,000 and 55,000. These are the numbers available on the ISTAT website, the national statistics institute. Are we simply calling the same respiratory problems that people die of at this time of year by another name?

Are we obsessively paying attention to an absolutely normal death toll as an unprecedented catastrophe just because respiratory deaths are put on the front page of all media 24/7? The authentic figures seem to suggest that.

I know I've continued for a long time, and I apologise, but my doubts are many and I need to be enlightened. However, l suspect that mainstream voices will adopt their usual tactic towards awkward questions: ignore them! 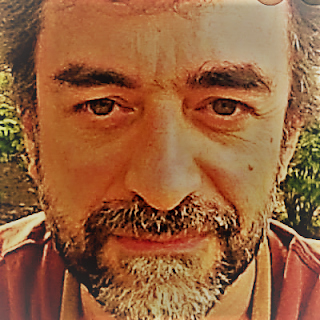 PCR does not detect SARS-CoV-2, but endogenous gene sequences