As Brazil reels from the murder of city councilor Marielle Franco, it is instructive to remember the broader backdrop of repression. Brazil leads the list in murders of ecological and agricultural activists in the Americas, with 46 being slain last year alone. 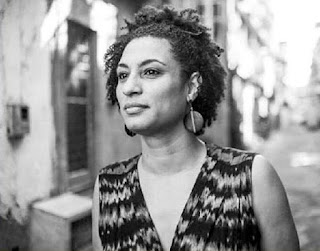 In 2017, 312 activists in 27 countries were killed for their non-violent activities, according to data compiled by Front Line Defenders.

Dedicated to the more than 300 human rights defenders killed this year, the FDL’s Annual Report on Human Rights Defenders at Risk opens with two pages that list the names of those who died. The report details the physical attacks, threats, judicial harassment and smear campaigns used by state, non-state and corporate actors to obstruct the peaceful work of human rights defenders around the world.

More than two thirds, 67% of the total number of murdered activists, defended rights over land, the environment and indigenous peoples, almost always in the context of activities of extractive industries, megaprojects and large companies.

Of the cases collected, only 12% of all murder cases resulted in the arrest of suspects. Impunity for acts of violence and chronic lack of protection for defenders at risk continues to generate a climate of frequent killings, the organization said. Of the cases in which data on previous threats were collected, 84% of the defenders had received at least one personal death threat before being killed.

"Throughout the world, defenders continue to tell us that police and government officials refuse to respond to requests for protection after death threats," said Executive Director Andrew Anderson at the launch of the report in Dublin. "The killings almost always occur after a series or pattern of threats, which indicates that if the police take preventive measures and the authorities take the threats against the defenders seriously, the murders could be drastically reduced."

In addition to the high murder rate in 2017, criminalization remained the most common strategy used to obstruct the crucial work of human rights defenders. In 2017, thousands of activists were arrested on false accusations, subjected to prolonged legal proceedings, costly and unfair or sentenced to long prison terms. In several countries, the authorities accused defenders of "waging war on the state" and "secession," charges that can lead to the death penalty. In the Middle East and North Africa, human rights defenders faced charges related to terrorism, state security and espionage. In Vietnam, the government organized a systematic campaign against bloggers, academics and journalists in 2017, with activists arrested, accused, labeled "enemies of the state" and subjected to imprisonment for up to ten years and additional time under house arrest.

The report also highlights that international pressure on governments attacking the activists is crucial. In 2016, six activists in Sudan were arrested and prosecuted for "conspiracy to conduct intelligence and espionage activities in favor of foreign embassies" and "waging war against the state." Three of them were detained for almost a year and two were tortured. But  after an extensive campaign of national and international pressure, the six received a presidential pardon in August 2017.

In many of the cases denounced by Front Line Defenders, both judicial harassment and physical attacks were preceded by defamation and smear campaigns at the local level. Female human rights defenders around the world reported increasing campaigns of sexual defamation aimed at bringing them into disrepute and hindering their activism by undermining their local support networks.

In response, according to Executive Director Andrew Anderson, Front Line Defenders is working to promote the safety of human rights defenders with a range of protection programs. In addition to training in risk management and digital protection, political advocacy at national, international and EU level, emergency relocation and almost 500 protection grants provided to activists at risk in 2017, Front Line Defenders also works with human rights activists to design visibility strategies that counteract the campaigns of defamation and disrepute that place them in situations of risk. 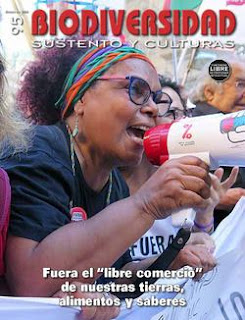 Violence and Monotheism (a review)

The following is a review of the Spanish edition of “Violence et Monotéisme”, published by Fragmenta, Barcelona, 2014 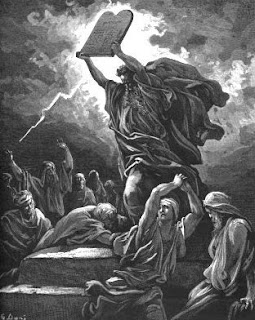 René Girard, in his celebrated work Violence and the Sacred (1972) maintained that religion constituted the best remedy against humanity’s violence. Jan Assmann sets out to upset this thesis: in the foundational texts of biblical monotheism, he says, we find a semantics of violence.
Assmann’s thesis is that the Pagan religions had no conception of any distinction between true religion and false religion, and that it was biblical monotheism that introduced this distinction. This is what he calls “the Mosaic distinction”: the religion of the other is false and, consequently, the others are aliens and enemies because they are enemies of God (p.24).
As Lluís Duch says in his introduction (and as Assmann’s regular readers will quickly note) this study is closely related to his previous research on the Egyptian pharaoh Akhenaton, who led a monotheistic revolution which was, per Assmann, the first to articulate religion on the basis of the Mosaic distinction.
Amongst the ancient Pagan religions, Assmann continues, there existed a mutual translatability which guaranteed communication between cultures. Not only did they not question the gods of other communities, but foreigners’ beliefs in the gods was a guarantee that they were people worthy of trust, and that relationships with such people could be established. Yes, there was violence, but that was a question of power, not one of truth, as it would be in biblical monotheism (pp.42-43). With this new emphatic concept of truth, monotheism introduced, then, a new kind of pseudospeciation, to use a term of Erik H. Erikson borrowed by Assmann. In biological terms, humans are identical, and it is only due to culture that strangeness and violence towards the same species is generated. The configuring of a new ontology, in practice, translated into a new kind of violence.
Assmann goes on to examine the type of violence which the Mosaic distinction creates. It’s important to point out that his interest is not in what really happened, but rather what he and his wife Aleida Assmann call “cultural memory”, which frequently weighs more in the life of the group than the events that really occurred. So Assmann concentrates on how biblical monotheism presents itself in its early texts: why does it present itself as a leap and a revolutionary break if, in reality, it was really a progressive evolution (various biblical texts take for granted the existence of other gods, which is why in those texts God demands an exclusive fidelity)? And why is a language of violence employed in order to show the victory of monotheism over other religions?

Assmann distinguishes between pure violence –that divine violence of which Walter Benjamin wrote –and cultural violence, which he divides into five categories. The forms that most interest him in the pursuit of his study are juridical violence and religious violence. The first is a counterviolence which aims to create a juridical sphere which opposes pure violence, that is to say, it opposes that violence that is exercised as a function of merely private interests. Religious violence, on the other hand, is exercised in the name of God’s will (p. 34).
By extension, Assmann next develops the thesis that violence is an original contribution of monotheism (p. 32) and goes on to examine it. As we said, it is a question of the violence which bases itself on the distinction between the true and the false, which translates into a classification of people as friends or enemies. Now, the peculiarity on which Assmann lingers is that this religious violence is simultaneously a juridical violence (p. 84). For Assmann, biblical monotheism’s original gesture was its idea that violence exercised by despotic political leaders in the pursuit of personal desires rather than the enforcement of the law was in fact pure violence And in opposing this with a juridical violence legitimated by religion, biblical monotheism presents itself as a liberation movement from pure violence. In this way, biblical monotheism seeks to oppose the pessimistic anthropology that bases itself on the premise that, without a strong state, society is condemned to chaos, in the same line of reasoning that centuries later would be developed by Thomas Hobbes and Carl Schmitt. In summary, Assmann argues that the biblical God makes the claims to justice his own. For the first time in history, religion is the object of an ethical and juridical transformation.
Biblical monotheism also presents itself as a “bastion of justice” to the extent that it opposes the supposed “blindness” and violence of Paganism. In its opposition to Paganism, the prohibition of images plays a crucial role, something which biblical monotheism also frames in an incredibly original way. Assmann examines how – in one passage in Deuteronomy and another in Exodus –two apparently separate things are linked: the prohibition of worshiping other gods on the one hand, and on the other, the prohibition on representing God. This serves to clarify who is faithful to God and it constitutes the distinctive mark of the new religion. Assmann astutely points out, however, that biblical monotheism doesn’t so much oppose the Paganism beyond its borders as it does the Paganism within them. It’s not a matter of Egypt or Babylon, but rather of Canaan.
The final thesis that he defends in this work is that “the move towards this new form of religion as a life principle could never have been realised without the resource of the written word (p 10). In the ancient oriental empires, the king was the incarnation of the law, such that the legal text was of merely informative value. This ceases to be the case with the new religion, in which the text comes to have the value of a performative utterance. According to Mendelssohn, in Judaism one can only write the laws and rules of life, that is, the historic truths, but not the salvific and eternal truths. Assmann disagrees with Mendelssohn: the move towards a transcendental religion requires the writing down of laws because their codification is a necessary first step for establishing the distinction between the true and the false, between the true God and that of the idols (pp. 119-120). In distinction to what Mendelssohn claimed, the written word is related to eternal truth, even if only indirectly.

Assmann has been criticised for an unjustifiable inclination towards Paganism. Duch, in a more moderate tone, speaks of his “sympathy” for it (p.1). But the truth is that Assmann does not call for a return to polytheism (p.35) but rather proposes an attempt to realise the original impulse of biblical monotheism, which was never fulfilled: to dispossess the political leaders of their omnipotence and to free men from any totalising system (p.123).
In our view, before doing this, we need to deeply analyse monotheism’s notion of truth, which Assmann labels “emphatic”, and which he opposes to the ancient Pagan religions’ concept of truth, which he qualifies as “weak”. The Mosaic distinction seems like a good starting point to settle the strengths and merits of both groups of religions, but it requires a deeper study.