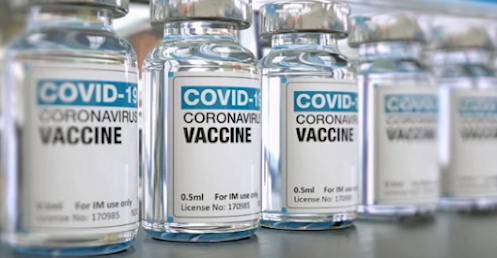 Japan has suspended use of the Moderna Vaccine pulling 1.6 million doses after visible particulates(7) were found in vials. Particles that reacted to magnets.

QUOTE: “… NHK, in a report published late on Thursday, cited ministry sources as saying the particle reacted to magnets and was therefore suspected to be a metal….”
So are they one of the magnetic metals? Stainless steel? Iron Oxide? Or Nickel? Which we’d hope it is not in the manufacturing process, since it is highly toxic.
Since normal metal contaminants would be easily and quickly identifiable, has something else been revealed?

Since Graphene, Graphene Oxide (GO) and Reduced Graphene Oxide (RDO) have paramagnetic properties, could GO nano particulates have gathered together to form visible lumps that have responded to magnetic forces?

One of the top suspected candidates for causing this vaccine-induced magnetism is Graphene Oxide.

Although GO is not on any of the declared ingredient lists, we have found countless papers (3) detailing research that enables mRNA to get into cells more easily, with GO as an agent within the liposomal delivery mechanism, often in conjunction with PEG.

Is it possible that GO has been added into the vaccine, yet omitted from the ingredient lists and patents?

The suspicion of GO has been now been backed by reports from Spain (4), Germany and the Scientists Club (5).

More importantly, understand the symptoms of toxic effects (6) of Graphene Oxide is crucial for they match a condition that we are hearing a lot about. Daily.

More to follow. Meanwhile here is the full article.

“….TOKYO, Aug 27 (Reuters) - A contaminant found in a batch of Moderna Inc's (MRNA.O) COVID-19 vaccines delivered to Japan is believed to be a metallic particle, Japanese public broadcaster NHK reported, citing sources at the health ministry.

Japan on Thursday suspended the use of 1.63 million doses shipped to 863 vaccination centres nationwide, more than a week after the domestic distributor, Takeda Pharmaceutical (4502.T), received reports of contaminants in some vials.

NHK, in a report published late on Thursday, cited ministry sources as saying the particle reacted to magnets and was therefore suspected to be a metal. Moderna has described it as "particulate matter" that did not pose a safety or efficacy issue.

A health ministry official said the composition of the contaminant has not been confirmed.

Takeda did not immediately respond to a request for comment by Reuters.

News of the contaminant could provide a fresh setback for Japan's inoculation drive as it struggles to persuade many - particularly young people - to get vaccinated.

On Friday, eight more prefectures entered a state of emergency, meaning about 80% of Japan's population is under coronavirus restrictions. The government reported nearly 25,000 new infections and severe cases at a record 2,000 for Thursday.

The ministry has said the suspension of the Moderna batches was a precaution but it prompted several Japanese companies to cancel worker vaccinations and the European drugs regulator to launch an investigation.

Airline ANA Holdings Inc (9202.T) said it had secured more Moderna supplies and would resume inoculations on Saturday after a two-day suspension of the shots.

Spanish pharma company Rovi (ROVI.MC), which bottles Moderna vaccines for markets other than the United States, said the contamination could be due to a manufacturing issue on a production line.

A spokesperson said the company could not say anything more while it was investigating.

Moderna put the lot in question and two adjacent ones on hold.

Another health ministry official said it would take "some time" to confirm how many shots from the contaminated batch had been administered in Japan. Kyodo News reported that at least 176,000 shots have been used based on its own tally of figures reported by municipalities.

About 54% of Japan's population has received at least one dose, according to a Reuters tracker. Taro Kono, the minister in charge of the vaccination programme, said he did not expect the contamination issue to have an impact on the government's goal of fully inoculating the adult population by November….”

(1 ) Since the roll out people who are jab-free are also showing signs of magnetism. https://www.notonthebeeb.co.uk/post/are-the-vaccinated-shedding

(2) Worms that have eaten rust Iron Oxide can be magnetic. Religious gurus in India have developed magnetic properties.

(3) See some of our collection of Graphene Oxide research https://www.notonthebeeb.co.uk/post/100-links-on-graphene-magnetism

(5) Scientists Club: Read about the Graphene Oxide found in the Pfizer vaccine. https://www.notonthebeeb.co.uk/post/what-is-really-in-the-c19-vaccines

(7) I read an article claiming these particulates were “millimetres in size” hence visible, but it has now been deleted.

Watch:  Is graphene oxide is the real cause of CV symptoms?

FOR SOME LIGHT RELIEF, FANCY ONE OF THESE T-SHIRTS? 40 SECOND VIIDEO HERE