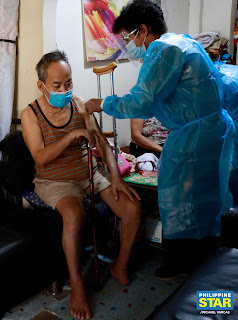 On April 23rd, the Philippines Department of Health reported the death 24 people following injection with COVID-19 shots. In a virtual briefing, local FDA Director Enrique Domingo said that most of the fatalities were "not related to vaccination."

Seeking to shore up popular confidence in the treatment, Department of Health Secretary Francisco Duque III made a public show of receiving the first dose of the COVID-19 vaccine that very same day, whilst viewers were reassured that Duque did not get any special treatment. Perhaps the assurance had in mind earlier publicity stunts such as the Lapu-Lapu mayor who received a saline solution whilst feigning receiving the actual shot.  During the official theatrics, Secretary Duque announced:

“As I receive my dose of the Covid-19 vaccine today, I invite everyone to do the same and choose to be protected. Let us all take part in protecting public health, and let us be in unison in spreading one message: that vaccines are safe, and vaccines are effective.”

The country's National Adverse Events Following Immunization Committee (NAEFIC) has recorded some 370 severe adverse events from Covid vaccines (including serious allergic reactions requiring hospitalisation) alongside more than 24,000 "minor" adverse events. This comes amongst roughly one million Filipinos who have received a Covid vaccine.

Of the 24 recent vaccinee deaths, DOH data indicated that ten had received Sinovac vaccines, with the other fourteen receiving the AstraZeneca jab. At the virtual press conference last Friday, Director General Eric Domingo from the local Food and Drug Administration stated that eleven of the twenty-four had died from COVID-19, three others dying from "infectious disease", and another eight dying after suffering from cardiovascular or cerebrovascular illnesses. All of these are common comorbidities in the Phillipines. Yet, as in Western countries, such comorbidities were considered irrelevant when previously estimating "Covid-19" deaths. Now that an iatrogenic factor arises, context once again matters when it comes to assessing post-vaccination deaths. This contradiction has hardly gone unnoticed.

As in many other countries, Philippines President Rodrigo Duterte has signed into law a bill giving indemnity to COVID-19 vaccine manufacturers for a product that is already demonstrating its ability to maim and kill recipients. Last year, after granting himself emergency powers to deal with the "pandemic", along with provisions to penalise the vaguely defined propagation of “false information”, Duterte went on to order the police and military to shoot dead quarantine violators. Fresh from the massaces of the President's ruthless "War on Drugs", the forces of law-and-order were not slow to obey the new directive.

Recently, near Manila, a 28-year old man died after being forced to do 300 squats for breaking coronavirus curfew. The man had gone out to buy water and was detained by village watchmen, turned over to police, and then suffered the fatal punishment. Other penalties have included forcing peopel to sit under the sun and locking five youths inside a dog cage for violating quarantine.

But stay-at-home orders are unviable for working-class Filipinos people relying on short term jobs for family income. In 2020, many continued to work in spite of government rules, and as a result, tens of thousands have been arrested and jailed, lumped together in cramped conditions that make a mockery of the "social-distancing" regulations.

Duterte's policies, including his shoot-to-kill order for lockdown violators, have been barely discussed by ostensible human-rights enthusiasts in the Western press, those individuals who are usually so keen on "humanitarian interventions". The profound indifference to generalised suffering the world over gives us a deeper insight into the true mentality behind the global lockdown regime and the emerging global Biosecurity state. Clearly, it has nothing to do with health or wellbeing. 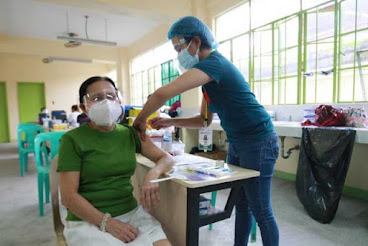 The standard rebuttal to suggestions of any relation between vaccines and subsequent deaths was also seen in March with the case of a Filipina nurse in her late-40s who died only days after receiving a dose of the Chinese Sinovac vaccine. But of course, "she did not die because of adverse reactions to the vaccine". Instead, "Covid-19" was the culprit. How precisely the authorities determined this is not clear, since the Phillipines Department of Health does not advocate swab testing for anyone who is up for Covid vaccination.

The official denials may well be triggering a sense of deja vu amongst Filipinos. Last year, Health Secretary Duque III was amongst dozens of officials included in criminal complaints filed by the Public Attorney’s Office (PAO ) in connection with the deaths of 101 school children following innoculation by a notorious Dengvaxia (dengue fever) vaccine. Then, as now, bland denials of any relation between vaccination and subsequent mortality were regularly issued. An 11-year old boy's death only days after the jab was purely "coincidental". But after a rash of such deaths amongst its child recipients, Dengvaxia manufacturer Sanofi Pasteur determined that their product had exacerbated cases of dengue in children not previously infected, through the process known as antibody-dependent enhancement (ADE). The Philippines moved to halt the vaccine campaign and permanently banned Sanofi's Dengvaxia. By April 2019, the deaths of 600 children were under investigation in the Philippines in connection with the campaign.

Duque admitted that the  Dengvaxia disaster had "tainted the credibility" of the department's immunisation program, leading to a drop in vaccine coverage. The country had previously reported high confidence in vaccines. But now in the era of "Covid-19", less than a third of Filipinos are willing to be vaccinated against the purpoted Sars CoV-2 virus, whilst Al Jazeera reports that Filipino followers of anti-vaccine Facebook groups increased by 190,000 in 2020.

Of the two-dozen recently announced Sinovac and AstraZeneca post-vaccine deaths, there remained two final cases whose causes could not be immediately brushed off as due to other factors. These are now under investigation.

Underlining once again that the majority of the deceased had comorbidities, FDA Director General Domingo  has deemed the deaths “coincidental and totally unrelated to the vaccine.”

The DOH has further assured Filipinos that when taking these experimental shots, the benefits far outweigh the risks. 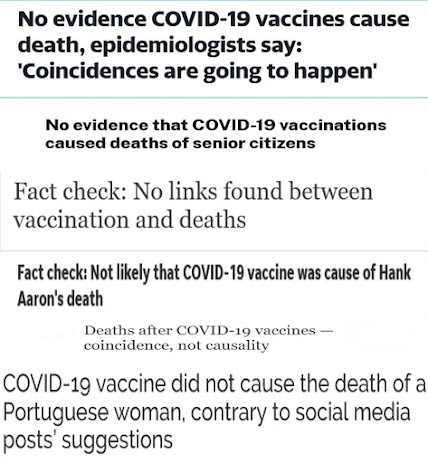