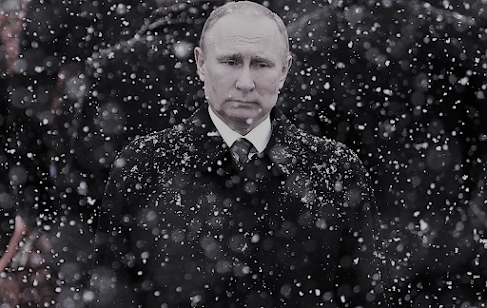 Is the Ukraine invasion Putin moving against globalism?

Alex Cristoforou says it overtly in his latest video. Catherine Austin Fitts and Karel van Wolferen suggest it in a recent conversation. As does the Daily Expose.

I would love it to be true. But currently it really doesn’t look like it, and promoting that idea sans solid evidence can lead us into dangerous delusion.

Before we get accused of Russophobia (by people with short memories or long agendas) let me remind everyone we have been labeled “Russian trolls” ever since our launch because we have consistently defended Russia’s actions both in Ukraine in 2014-16 and later in Syria and elsewhere.

I’m more than aware that Russia have long struggled with the existential threat offered by NATO and the US empire.

Yes, they have opposed US imperialism…but for reasons of national survival not ideology. They have stood up against US militarism and US hegemony, not “globalism”.

In fact in the early 2000s Putin strove repeatedly to have Russia accepted into the Western collective, lobbying to join NATO and for “close integration” with the EU.

It was only western intransigence – and NATO’s need for an “enemy” to justify its existence – that forced Russia, reluctantly, into its current stance.

People have recently started assuming Russia must be anti-globalist because it has been forced into being ‘anti-imperialist’. But this is a conflation of two different concepts.

Globalism is not a synonym for imperialism. In fact in many ways it can be seen as antithetical to US unipolar imperialism, and I think many old style US conservatives do see it that way. And globalism is not and never has been an exclusively Western concept.

When Russia exposes the “pandemic” lie, abandons its vax policy, decouples from a digital currency, rejects Agenda 2030 – THEN maybe you could argue they are anti-globalist.

But right now it’s clear they embrace globalism, as their joint statement with China from February 2022 makes clear [emphasis added]:

“In order to accelerate the implementation of the UN 2030 Agenda for Sustainable Development, [Russia and China] call on the international community to take practical steps in key areas of cooperation such as poverty reduction, food security, vaccines and epidemics control, financing for development, climate change, sustainable development, including green development, industrialization, digital economy, and infrastructure connectivity.”

Klaus Schwab and the WEF would definitely approve this agenda wouldn’t they?

Russia (and China) at least appear to be fully behind globalist policies.

And – to be fair – you can understand why. To the leaders of a nation that has been in NATO’s crosshairs as long as Russia has, a new globalist order which offers them a seat at the table would seem like a preferable alternative to living with the fear of impending annihilation.

In fact you can probably make a better case for this as a war by globalism against the collapsing US empire, with crippling self-destructive sanctions used as a thin disguise for hastening the demise of the petrodollar and bringing us all in the West to the hallowed state of “owning nothing and being happy”.

But in reality we still have a very incomplete picture of what this war means, why it was launched or how it’s progressing.

A torrent of confident speculation is pouring from mainstream and alt media alike. A hundred pundits all assure us they know where the troops are on the ground, what Russia’s grand plan is and yada yada yada.

The truth is we know very little. There are few journalists on the ground out there and almost all information about the progress of and intentions behind the war come from official pronouncements or unofficial leaks.

Much of that information is either intentionally or accidentally inaccurate and contradictory.

We have anonymous British guys claiming to be in Kiev and telling us there is no war at all.

We have the few journalists working out there being escorted by one side or the other to the site of various alleged missile attacks or other violence.

We have stories of “bio labs” that slot just a little too sweetly into the COVID narrative for anyone who’s on the ball to be totally comfortable.

What we see is inevitably a series of tableaux stripped of context and impossible to evaluate.

All any responsible person can do at this time is wait and watch attentively and avoid the temptation to create binary heroes and villains out of the muddy and obscure reality.