Live ammunition: a promising new therapy in the fight against Covid-19?

As a "fifth wave" prepares to engulf Europe, all eyes on the old continent are on the "unvaccinated" whose responsibility for the vaccine's ineffectiveness now appears to be established. Fear wins. Panic spreads. We must act, and quickly!

"If nothing is done, we will have 80,000 cases by Christmas," Professor William Dab told LCI on Friday. "Antivaxxers: how to get rid of them?" ran a CNews headline on Saturday morning, while Renaud Muselier called the unvaccinated "viral bombs" earlier in the week and ECB President Christine Lagarde considered them a "threat to financial stability."

There would be reason to fear the worst if we weren't seeing encouraging initiatives in the European Union over recent days. Thus Austria (true to its traditions) has tested locking up the unvaccinated (before finally locking up everyone). France has distinguished itself by sending tanks and the National Gendarmerie to put down the rebellion of Guadeloupeans opposing sanitary restrictions. And Latvia has suspended unvaccinated MPs... Not bad. But it is the Netherlands, a historically progressive land, which has been at the forefront this time by offering a new therapeutic approach to its recalcitrant citizens: shooting them with live ammunition.

One wonders why no one thought of it before. The calculus, however, is quite simple. By getting rid of the 10 or 20% of the unvaccinated population, we would reach the Holy Grail of 100% vaccination ! Quod erat demonstrandum. Endgame for Covid. Immediate return to the "life before". Finally! A shock therapy that carries with it many benefits, such as the end of the health pass, and therefore the restitution of this "freedom" that a handful of enlightened conspiracy theorists imagined they had lost with the establishment of the pass in question. Ironically, they will no longer be there to take advantage of it.

To the list of strengths in this promising new therapy we can add the economic ones. Besides the fact that a bullet costs less than a vaccine, the defenders of this original method note that "the complete treatment regimen" will be much more accessible, since no booster will be necessary! Everything will be settled quickly, in one go ! This should silence the recriminations of the moaners who are always quick to debate a health policy which, however, only cares for their well-being.

It is also an opportunity to put down the cackle of anti-science, since there is no experimentation or revolutionary innovation here. Only good old, organic, solid ancestral methods that have proven themselves in all latitudes. And this time, we won't need to invoke an imaginary future to put forward the hypothetical idea that "we have never had as much hindsight on a vaccine as on this one." Because the hindsight is already here!

"This will sting a little"

But let's not get carried away. There is of course no ideal solution or "magic wand" to get us out of the health crisis. And this promising therapy of "real bullets" has not yet been implemented. It already has its detractors, whose ill will is matched only by their irresponsibility. “A bullet hurts,” some of them remarked. We will not contradict them on this, and the non-vaccinated being notorious sissies who are afraid of pinpricks (cf. Cyril Hanouna), we can well grant them that a bullet is scarier than a needle and that a rifle is scarier than a syringe. But in the end, it's all about saving lives!

It is also true that the 9mm, the most common ammunition of European law enforcement agencies, lacks efficiency or power. With a hint of ambition, one could very well imagine our police officers equipped with 12 caliber. Used at close range, this one has the advantage of maximum efficiency and record speed. "You do not feel anything..", several media experts assured us on the basis of testimonies collected post-mortem: "You will be blown away!" Which will reassure the remaining skeptics.

Despite everything, the lack of coordination in the European Union will be deplored once again. While Austria is testing the confinement of the unvaccinated, France is testing tanks in Guadeloupe, and the Dutch are testing live ammunition. What happened to sharing? Where is the common project? This unfortunately will be grist to the mill of EU critics who won't fail to point out this propensity of member countries to go it alone, against all common sense.

Is it so complicated for the leaders to form a united front, to organise a brainstorming in Brussels from where a global solution would emerge, and why not (let's be crazy) a final solution?! One could ideally imagine a convergence of these measures: lockdown of the unvaccinated (and all the other anti-whatevers) enforced by tanks which would fire live ammunition (12 caliber) at the offenders? A little bit daring! Meanwhile, we are not surprised to see the "eurosceptics" denounce another missed opportunity to do good.

* Text may contain traces of satire 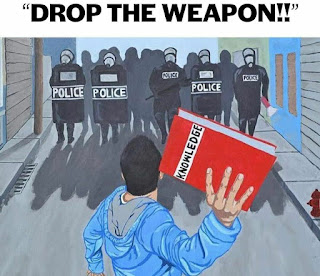