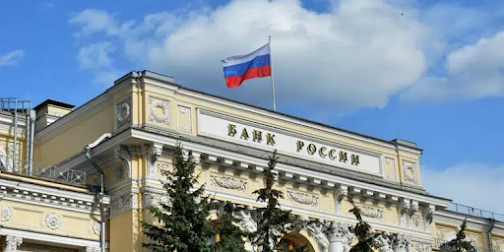 The financial institution has released a report containing four separate scenarios for the near future, three of which paint a grim picture.

By 2023 the world could face a financial disaster comparable to the crisis of 2008-2009 due to the problems accumulated during the last 18 months of the coronavirus pandemic, according to a new report from the Central Bank of Russia.

According to the institution, the world economy could enter a crisis scenario due to both the increase in the countries' global debt and the growing number of companies with weak financial solvency.

The report, entitled "The main guidelines of the unified state monetary policy for 2022 and the period 2023 and 2024", contains four separate scenarios for the near future, developed by the bank.

According to its ‘baseline scenario’ for this period, a recession is avoided as countries achieve their vaccine targets and developed economies move toward normalization of monetary policy.

However, the other three possible scenarios paint a bleaker picture. In the framework of one of them, entitled ‘intensification of the pandemic’, the current situation with coronavirus worsens significantly, causing an economic collapse worldwide.

In the scenario named ‘global inflation’, the pandemic slows down, but the accumulated problems considerably deteriorate the economic situation causing an increase in inflation.

The last one, entitled ‘financial crisis’, illustrates the risks associated with a significant increase in the debt burden on the world economy due to the pandemic. This scenario shows an unstable dynamics in the financial markets that generates a lack of confidence in investors. This is the worst of the three negative scenarios, the bank maintains.