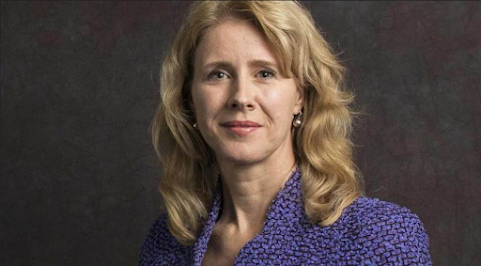 In case any more evidence were required, the Dutch government has confirmed that independent thought is strictly verboden in the New World Normal.

Prime Minister Mark Rutte announced thar State Secretary of Economic Affairs Mona Keijzer had been fired on Saturday after she publicly opposed the coronavirus access pass in an interview with De Telegraaf.

Keijzer criticised as 'illogical' the coronavirus access pass on the same day the policy came into force, and as hundreds of Dutch protesters took to the streets in anger at the move.  The pass, which gives proof of 'vaccination' (gene modification) against the unproven Sars CoV-2 virus, has become compulsory to get into bars, restaurants, theatres and other venues as of this weekend.

“You can participate in the marathon without a [vaccine pass], but if you are going to eat a pastry in the lunchroom you must have it,” Keijzer stated, adding that she could “no longer explain it logically.”

“If you’ve ended up in a society where you have to be afraid of each other unless you can show proof, then you really have to scratch your head and ask yourself: do we want to go this way?”, she said.

The Prime Minister's response was not slow in coming. After rapid consultation consulting with his deputies, he announced on Saturday that Keijzer would be fired “with immediate effect.” Her comments were “not compatible with decisions recently taken by the cabinet.”

Keijzer had resisted coronavirus policies before but, in keeping with Dutch political habits, avoided making her opposition a public matter. a decision.The Council of Ministers expects a minister to always support the final decision by the Cabinet.

The introduction of the vaccination pass comes with the lifting of most 'social distancing' measures in the country. Face diapers will still be mandatory on public transport, but students and teachers will no longer have to wear masks in schools. Some 82% of the Dutch population has supposedly been "fully vaccinated"

As the country follows Australia, France and Italy with this pseudo-medical, apartheid measure, post-vaccine deaths are on the rise in Holland, with 1504 deaths and 1496 cases of serious injury having been reported by early September.

Against this dismal backdrop, the sacking of Mona Keijzer demonstrates that no alternative to the "Covid" agenda can be tolerated. From now on, all must march together in totalitarian lockstep.