With 5G frequencies of 42.6 GHz, the 1.2 nm nanotubes contained in the vaccines will produce resonance, severely altering brain processes.

I will start by clarifying that there is no reference on the Internet of any study similar to this one. I think this is something very important, which I will summarise in the following manner:

With 5G frequencies of 42.6 GHz, the 1.2 nm nanotubes contained in vaccines enter into resonance and propagate a high-energy signal at the average speed of human thought (1).

Something caught my attention when I saw a sales catalogue of graphene nanotubes from the Nanografi company. I was surprised by the precise length of the nanotubes of 1.2 nanometers, or 1.2 x 10⁻⁹m. As I already knew the frequencies of 5G microwaves, in the range from 10 to 300 GHz (1 GHz = 10⁹ / s), I was struck by the curious coincidence of how those precise powers of 10 were canceled out in the well-known mechanics formula of waves: f = v / λ. Consult with anyone about this who has an engineering degree and is not completely asleep!

However, although the exponentiation seemed to fit, we needed to find out whether or not the velocity of the resulting wave made biological / anatomical sense in a human being. And, sure enough, it makes sense. It fits the speed of human thought completely.

The following is very simple for anyone with a basic understanding of physics: 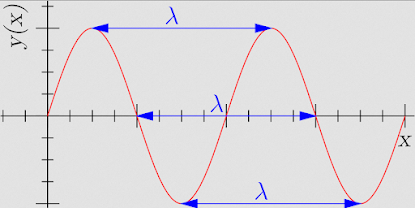 1. There are study results that show that an average neuron sends signals at about 180 km / h. … Certain factors together would increase the speed up to 432 km / h. There is a lot of variation: some humans think faster than others, and the rate of propagation of thought changes throughout life. These are the basics for what follows.

2. On the other hand, fullerenes or nanotubes in vaccines exist and are for sale on the market at reasonable prices. For example, the aforementioned Nanografi company sells nanotubes like the one below:

Let us suppose that it was precisely this type of 1.2 nm-sized nanotubes that was injected as part of the Covid19 vaccines.

3. Let's see what happens if we make these nanotubes resonate with microwave radiation outside the human body that contains them:

If the velocity of a wave is v, the frequency is: f = v / λ. Resonant frequencies are equally spaced multiples of a lower frequency called the fundamental frequency. The multiples are called harmonics.

Once the transmission speed caused by microwaves in the human brain is known, we are going to see if it is the result of the frequency produced by the length of the particles. If so, we are well screwed! If the particle is 1.2 nm, like the one in the example for sale, and the frequency is 41.6 GHz, a frequency within the 5G range, then:

1.2 x10⁻⁹. 41.6 x 10⁹ = 50 m / s, which is the speed of thought within the brain. It doesn't have to be exactly that speed. This is just to show that the result of applying microwave radiation to nanotubes produces "natural" transmission speeds in the brain, that is, a speed similar to the that of human thought.

When the nanotubes attach to the synapses of neurons (which they have already been shown to do) and enter into resonance with external microwave radiation in the precise frequency, (the amplitudes or powers dissipated by these nanotubes which transmit the vibration at the speed of thought) they do so with a power that can be extremely dangerous for the brain itself, even if the power radiated by the external wave is not so great. That is resonance: when each cycle increases the amplitude of the previous one without any kind of limit.

CONCLUSION: This wave speed in the human brain is achievable for ordinary nanotubes combined with frequencies radiated by 5G antennas. This is not speculation, but science and technology combined. The materials exist and so do the microwaves with the right frequencies. The speed of human thought fits into both in an uncontestably precise physics formula.

It can't be a coincidence. I ask that you comment on and study the matter. Correct me if I am wrong.

In health and fitness,

NOTE: You can use this engineering tool for the calculations:

(1) Obviously, this is an example: Other nanotube lengths are possible as long as their multiplication by the microwave frequency is equal to 50.

Translated by David Montoute from the original source: