Draft law on mandatory vaxx in Argentina provides for fines, forced shots, blacklisting, and other restrictions 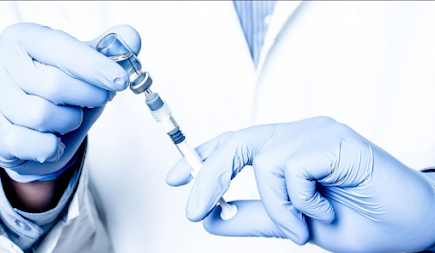 A bill has been introduced in the Argentine Chamber of Deputies to mandate vaccination against Covid-19 for all residents of the country.

Since it falls within the framework of Immunization Law 27.491, passed in 2018, it can even be “coercively” applied; authorities can demand a fine or jeopardize the implementation of basic procedures such as the renewal of identity cards, passports or driver’s licenses, to which every citizen and resident is entitled.

The first article of the bill presented on August 24, 2021, by National Deputy Jose Luis Martiarena (Frente de Todos) reads as follows: “Inclusion of free and mandatory vaccination against Covid-19 for residents of the Argentine Republic in the national program to combat immune-preventable disease, as of the publication of this document, in accordance with the priorities and programs established by the Authority for the Application of Law 27491.”

The second article also states that “immunization with Covid-19 vaccines duly approved by the competent authorities will be included in the national immunization schedule.”

The rationale states that those who choose not to be vaccinated are “endangering” the rest of the vaccinated population. A statement that, according to the current state of information, must be questioned.

New York-based Associated Press (AP) said at the beginning of September it might be time to abandon the “pandemic of the unvaccinated” narrative because it “doesn’t tell the whole story.”

According to a new Israeli study,  the natural immune protection that develops after a SARS-CoV-2 infection offers considerably more of a shield against the Delta variant of the pandemic coronavirus than two doses of the Pfizer-BioNTech vaccine.

It’s the largest real-world observational study so far to compare natural and vaccine-induced immunity to SARS-CoV-2, according to its leaders.

Deputy Jose Luis Martiarena argues that the state should conduct the vaccination campaign as a “war”.

The Greek dramatist Aeschylus has been credited with saying over 2,500 years ago, that ‘Truth is the first casualty of war”, and it seems this is still valid today.

The bill, pushed heavily by Argentina’s left-wing, states that “there are minorities who choose not to be vaccinated against Covid-19 despite the availability of supplies and vaccine, which clearly violates the public interest principle embodied in Public Law 27.491 and puts the rest of the population at risk.”

By referring to Law 27,491, the “Immunization Law,” passed in December 2018 and included in the National Immunization Calendar, vaccination becomes mandatory for all residents – adults and children – “regardless of their special interests.”

In the event of refusal to vaccinate, the law provides several measures, ranging “from notification to compulsory vaccination” (Art. 14). It provides for establishing a registry in which those who refuse to be vaccinated or have their children vaccinated will be included as if they were on a blacklist.

Within the above-mentioned legal framework, actual compliance is monitored in the procedures for renewal of driver’s licenses, passports and identity cards and is mandatory in professional examinations and in the processing of family allowances (AUH) (in case of non-compliance, the procedure is stopped).

If the National Immunization Calendar (CNV) is not complied with, the competent health authority will notify the person and then proceed to forced vaccination through a court ruling, which was already done with the previous law and even with a ruling by the Supreme Court, which stated that “Article 3.1 of the Convention on the Rights of the Child, which orders that the interests of the child prevail over all other considerations.”

“This rule has the effect of conceptually separating the child’s interests as a legal subject from the interests of other individual or collective subjects, and even from those of the parents themselves, however legitimate they may be (CSJN Judgments 328:2870, 330.642 and 331:941).”

It should be recalled that the 2018 law replaces Law 22.909, which had been in effect since 1983 (when there were six mandatory vaccinations), was passed unanimously in both chambers with the approval of the ruling party and the opposition, and was supported by the Huesped Foundation, the Argentine Society of Vaccinology and Epidemiology (SAVE), the Argentine Society of Pediatrics (SAP), the Pan American Health Organization (PAHO), and UNICEF. 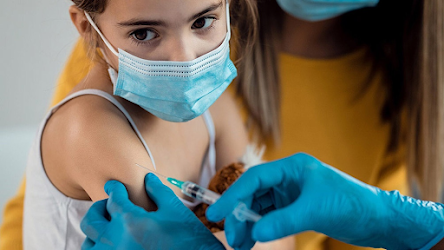 Business is booming for the laboratories as they gain a captive customer who, by law, must mandatorily purchase their products from them. Congressman Pablo Yedlin himself, one of the main lobbyists in promoting the passage of the vaccination law in 2018 (along with the current Minister of Health and former Fundación Huésped employee, Carla Vizzoti), calculated at the time that the new law would mean an additional US$400 million for the state.

“This law guarantees that vaccinations will be free for all Argentines, with or without social security. Through the Ministry of Health, it establishes that the nation must purchase the vaccines and distribute them to the local jurisdictions, not only the vaccines but also the syringes, the disposable materials, and the disposal equipment,” he said.

So it’s enough to calculate how much the mandatory Covid-19 vaccines will flush into laboratories’ coffers. The Argentine state has paid for each dose: US$21 for North American Moderna (Pfizer has a similar price), US$20 for China’s Sinopharm, US$9.95 for Russia’s Sputnik, US$4 for Britain’s AstraZeneca.

At an average price of US$12.5 per dose and a population of 40 million people (not including children under 8, although they will soon be added), we would be talking about US$1 billion at two doses per year. At three doses per year, the new vaccine would be US$1.5 billion to be added.

At the time of writing, the project is in the Social Welfare and Public Health Committee and the Budget and Finance Committee of the House of Representatives under Docket No. 3566-D-2021, in light of what happened in 2018 and the current gigantic lobby, and it is expected that this project will also end up being voted on and approved unanimously.

However, one problem in determining the mandatory nature lies in the vaccine’s experimental nature (Phase 3).

In this regard, the former health minister of Buenos Aires province said on August 9, “Generally, with vaccines, you have to wait two years to get the final approval. Then it is included in the national program and can become mandatory. In a pandemic, the World Health Organization (WHO) could provide the vaccine, or a country could make it mandatory. Still, the vaccine is not yet finally registered because it was approved as an emergency solution.”