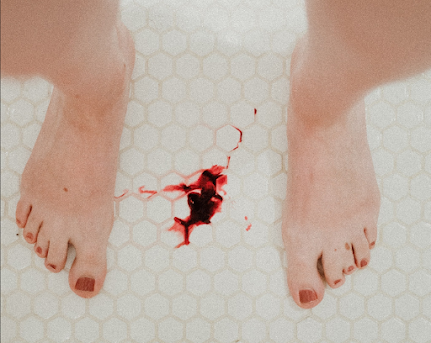 (NOTE: Fourth World reposts this only as an example of the sorts of bromides proffered by the mainstream media when they necessarily addresses the vast damage produced by the new generation of mRNA "vaccines". For a far more honest perspective on fertility impact, see the Daily Exposé link at the end of this piece)

A survey accessed by the website of The London Times indicates that in the UK at least 4,000 women reported changes in their menstrual periods after receiving the Covid-19 vaccine in May this year.

On her Twitter profile, doctor Kate Clancy talked about her personal experience of a “very intense flow” after taking the Moderna vaccine. In her post, several women shared having gone through the same situation. In one of them, a woman says that she “takes contraceptives without any placebo week, so she doesn't menstruate”. According to her, that changed a few hours after she took the first dose of the Covid-19 vaccine (without specifying which one it was, exactly).

According to the British Medicines and Health Products Regulatory Agency (MHRA), "problems during the menstrual cycle are extremely common."

“So, for whatever length of time, you expect women to have this kind of problem. If the time window includes post-vaccination, problems may just happen by coincidence. Problems with menstruation are generally not related to immunisation, so the chance of any linkages is low. And the MHRA did not observe an increase in events of this type”, said the organ, which would be Anvisa of the United Kingdom.

In a statement, Dr Sue Ward, vice president of the Royal College for Obstetricians and Gynecologists, said more data is needed to really reach a conclusion about the possible interference of vaccines with the menstrual cycle.

But for Ward, “psychological well-being” can naturally alter women's hormone levels. "Something that consumes so much and changes our lives as much as a global pandemic can result in women having different experiences with their menstrual periods," she said.

For Ward, the recommendation that remains is that women who undergo substantial changes in their periods seek a doctor, in addition to reporting their concern about whether this is linked or not with vaccination.

Pat O'Brien, vice president of Royal College Members, recently stated that "the changes in people's menstrual flow after vaccination were mild and should not prevent women from getting the vaccine."

On Twitter, Dr Victoria Male of Imperial College London explained that vaccines such as the flu and HPV can also cause temporary changes in menstruation.

“The first thing to say about this is that almost all the reports talk about short-term changes (concerning one cycle, sometimes two). So if you have a weird period right after the vaccine, it's unlikely to bother you for more than a month,” she says.

“The second is that we know that some other vaccines also have short-term effects on the menstrual cycle, for example, HPV and flu. We also know that these vaccines do not harm fertility,” continued the expert.

Male further explained that the average period for menstruation is variable and has not been "studied extensively". “Scientists still have little good data on how common it is for someone who has regular cycles to have an unusual month,” she explains.

For now, science is still trying to figure out the impacts of vaccines on menstruation. What is known is that there is no relationship between vaccines and infertility and therefore people do not need to add this to the list of concerns.

The vast majority of scientists also believe that the changes, if actually caused by the vaccine, should pass quickly and not cause problematic changes in individuals' lives. And the recommendation of the scientific community continues to be the same: get vaccinated.

Related:  Number of women to lose their unborn child after having the Covid Vaccine increases by 366% in just six weeks  (the Daily Exposé)