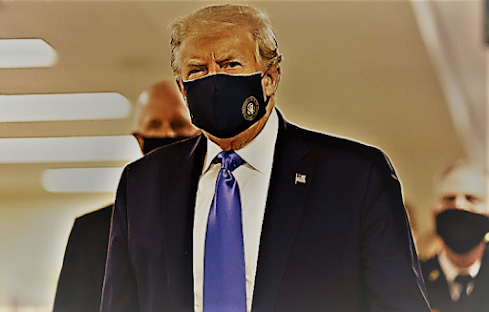 New video has surfaced of yet another instance of former President Donald Trump touting the controversial COVID-19 vaccines, further underscoring a disconnect with his populist base he will have to contend with should he run for re-election in 2024.

The newly-released clip comes from an 80-minute Zoom conversation Trump had last summer with a group of historians reviewing his presidency.

“There are some people that say my greatest achievement was getting the vaccine, because the vaccine was said to take 3 to 5 years, and most people said it wasn’t gonna happen, and whether it’s Dr. Fauci or anybody else, they all thought it was going to take a long time,” Trump said. “And we had a possibility of having a 1917 Spanish flu result, where perhaps a hundred million people would die. And the vaccine saved them.”

Trump went on to lambast the federal health bureaucracy for favoring some drug companies over others, specifically citing the U.S. Food & Drug Administration’s April 2021 recommendation that use of the Johnson & Johnson shot be paused over six reports of blood clots as “a very bad thing.” The FDA lifted that pause just ten days later, declaring the vaccine safe despite acknowledging the rare “potential for these adverse events.” (Several months later, Jessica Berg Wilson, a healthy 37-year-old woman who took the J&J shot to remain involved in her children’s education, died from blood clotting.)

Trump, who continues to hint at plans for another White House run, has been overwhelmingly supportive of the vaccines, which were developed under his administration’s “Operation Warp Speed” initiative in a tenth of the time vaccine development usually takes and a quarter of the time it took the previous record-holder, the mumps vaccine.

He has defended the vaccines from conservative criticism as “one of the greatest achievements of mankind,” confirmed he got a booster shot (despite contracting and recovering from COVID months before his original injection), and claimed that his supporters are “playing right into [the Left’s] hands” by not claiming credit for them.

With many of Trump’s conservative actions undone by President Joe Biden’s executive orders, his judicial appointments not ruling how conservatives hoped, and many of his 2016 campaign planks (such as a southern border wall and overhauled federal agencies) unfulfilled, the COVID vaccines are arguably Trump’s most enduring presidential legacy, giving him a significant investment in their being viewed positively.

But they are also possibly the biggest source of division between Trump and many in his own base, particularly with mounting evidence casting a decidedly less favorable light on the vaccines’ accelerated development and Trump’s invocation of federal liability protections for vaccine manufacturers.

In a statement to left-wing “fact-checking” outlet PolitiFact, the Defense Health Agency’s Armed Forces Surveillance Division spokesperson Peter Graves confirmed the existence of the records but claimed that a conveniently-timed “data corruption” glitch made the pre-2021 numbers appear far lower than the actual numbers of cases for those years, which PolitiFact took at face value.

Further, COVID-19 vaccines have failed to end the pandemic [ending a non-existent pandemic was never the aim of the vaccine programme] in exchange for these risks. The federal government considers more than 218 million Americans (over 65% of the eligible) to be “fully vaccinated” (a moving target given the vaccines’ temporary nature), yet data from Johns Hopkins University reported last October shows that more Americans died of COVID-19 by that point in 2021 (353,000) than in all of 2020 (352,000). The Moderna vaccine has been available throughout all of 2021; the Pfizer and Johnson & Johnson shots were made available in late February.

[FW comment: within the first few months of his presidency, Trump had already stuffed his cabinet full of warmongers and bombed Syria on the basis of an obvious hoax. This was indication enough of where his administration was headed. Once the "pandemic" was underway in 2020, Trump gave Fauci, Gates and the Pharma cartel absolutley everything they asked for. It is inconceivable how many American populists continue to champion this narcissistic oligarch, even when he openly pushes a pseudo-medical intervention that is unprecendented in its lethality. In whatever way we slice the cake, the ruling elites are not our friends, as Max Igan explains in regard to Putin in the video linked below.]