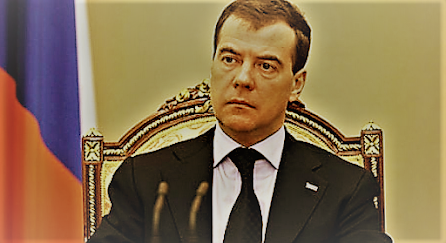 A "new financial order in the world" is coming and "the West will no longer play a leading role in it," said Dmitri Medvedev, former Russian president and current vice president of the country's Security Council, on Wednesday. "While our adversaries continue their unsuccessful work, the world is slowly moving towards a new logic of global economic relations and a renewed financial system," Medvedev said on his Telegram account.

According to the senior Russian official, the Anglo-Saxon hegemony “tarnished its reputation” by blocking the reserves of the Russian Central Bank. "It is impossible to trust those who freeze the accounts of other States, steal business assets and personal possessions of other people, compromising the principles of the sacred right of private property" and affirmed that the new order will be based on the countries that "have a strong and advanced economy, sound public finances and a solid monetary system”.

In addition to this, the vice president of the Russian Security Council pointed out that confidence in reserve currencies such as the dollar or the euro is being lost. "What kind of reserves are these if their obligations are frozen and effectively defaulted on by insane politicians who are willing to take their taxpayers' money, for the sake of an unknown victory in the war, to 'every last Ukrainian'?" I ask.

Medvedev added that, in any case, it will be necessary to “negotiate the new financial world order”.