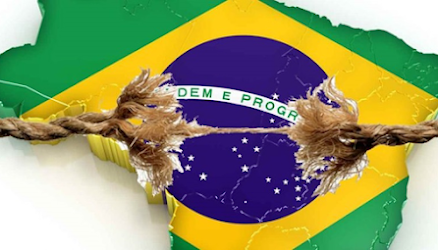 RIO DE JANEIRO, BRAZIL – On Friday, 25, Telegram Messenger was forced to sign an agreement to join a program ‘for combating disinformation’, sponsored by the Supreme Electoral Court (TSE).

The TSE claims there is no way to control the spread of “fake news and hate messages” in Telegram, unlike other networks cooperating with Brazilian authorities.

Popular messaging app Telegram should be banned in Brazil after Brazil’s Supreme Court ruled that the app does not comply with local authorities when it comes to preventing the sharing of “harmful content.” 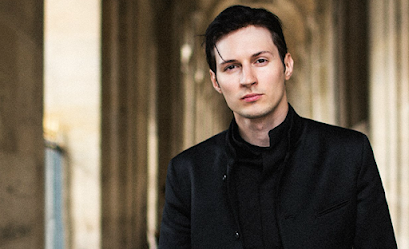 In order for Telegram, one of Brazil’s most downloaded apps, to continue operating in the country during the presidential election this year, it already had to censor 20 Bolsonaro posts.

What qualifies as ‘disinformation’ and ‘fraudulent news’ in the eyes of the Justices remains to be seen. Critics say it is nothing more than a fancy word for censorship of dissenting opinions on key political issues.

We’ve heard it a hundred times before from other countries, right? But the special thing about the Brazilian case is this: the ‘dissenters’ who should be stopped are the followers of the incumbent president and those who censor are the judiciary, which is in bed with the opposition.

In other words, the opposition (left) that lost the last elections is censoring with help of the judiciary those who won the elections.

The banning orders were lifted after Telegram founder Pavel Durov apologized for his “negligence” in contact with the Supreme Court. The company approached the high court to say it had carried out part of the orders issued by a Supreme Court Justice.

Since mid-December, the head of the TSE’s electoral tribunal, Luis Roberto Barroso, has been trying to meet with Telegram CEO and founder Pavel Durov to discuss ways to censor content shared on the app but has received no response.

The TSE has partnered with almost all major social media platforms to curb what it calls “fake news and the spread of conspiracy theories” about the legitimacy of the Brazilian electoral system, Barroso said recently in a statement.

According to critics, the TSE is trying by all means to impose its official narrative by limiting and controlling the information available to the public and removing any instruments that do not meet its demands.

Bolsonaro, therefore, says that Brazil lives a dictatorship that comes ‘by the pens’.

Last week, Telegram was blocked by Federal Supreme Court (STF) Justice Alexandre de Moraes. In the decision, Moraes had determined that digital platforms and internet providers should adopt actions to prevent the application from working.

It is an open secret that Alexandre de Moraes, along with Judge Luis Roberto Barroso, is one of the biggest opponents of incumbent President Jair Bolsonaro.

Observers fear that with this measure, the flood gates will be opened for the Electoral Court (TSE) to condemn to illegality during the presidential elections all criticism, conversations, and statements offered by Bolsonarists.

The decision triggered a reaction from Bolsonarists who use the platform to exchange messages. For President Jair Bolsonaro (PL), Moraes’ decision was a “crime”.

Consistently demonized by (left-leaning) legacy media, the Bolsonaristas have proven during the pandemic that they are the only ones in Brazil to stand for the freedom of the people, especially freedom of expression, against Covid-19 health tyranny, against compulsory vaccinations and Covid apartheid, were against mandatory masks, and are now against the ‘canceling’ of Russia.

Jair Bolsonaro is therefore profoundly hated by the establishment, most of them left-wing sympathizers, facing not only a hostile press in his own country but also a Supreme Court allied with the left, which has seized in a silent power grab de facto government power and is doing everything it can to bring “their” candidate Lula da Silva to power in the presidential elections in October.

Telegram is the platform of choice of president Jair Bolsonaro and his supporters for mass communication.

According to Telegram Analytics, Bolsonaro is the politician with the third most followers worldwide, behind Ukrainian President Volodymyr Zelensky (1.5 million) and Chechen leader Ramzan Kadyrov (1.4 million).

The Brazilian left is de facto the extended arm of the globalists in Europe and the Anglo-Saxon countries and adheres closely to their dictates, critics say.

Therefore, who will be the new president of the largest country in Latin America and the second-largest economy in the Americas in the fall of 2022 is of crucial strategic importance.

If it is Bolsonaro, one can be sure that the freedom of citizens in Brazil will continue to be the benchmark for all government actions.

And after it became clear during the pandemic that many countries in Europe and Anglo-Saxon countries, in general, do not hesitate for a second to expose their citizens to sometimes downright tyrannical measures, freedom will probably be one of the most important issues of the future.

Should the leftist soon-to-be 77-year-old Lula da Silva become president again, Brazil will once again become a recipient of orders from the Western powers, as we have known it for decades.

At a time when other major countries of the global South, such as India, Pakistan, Bangladesh and China, are increasingly going their own way and trying to escape Washington’s dictates, it would be wrong if the food superpower Brazil, as a South American giant, did not also distance itself from the geopolitical interests of the West and remember what it really is: a power to be reckoned with.