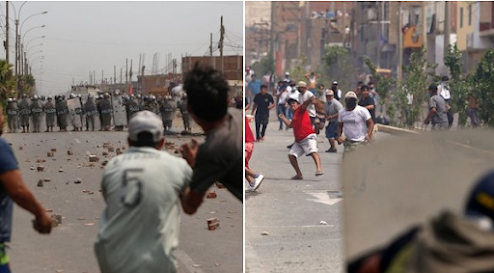 FW comment: Wikipedia provides a brief but useful summary of the backdrop to these events:

As a result of economic stagnation during the COVID-19 pandemic in Peru, between ten and twenty percent of Peruvians entered into poverty in 2020, reversing a decade of poverty reduction in the country and resulting with a poverty rate of 30.1% that year. According to the Institute of Economics and Business Development (IEDEP) of the Lima Chamber of Commerce, the country's middle class shrank by almost half from 43.6% in 2019 to 24% in 2020 due to the crisis. Following the global economic reverberations resulting from Western-led sanctions against Russia due to the Russian invasion of Ukraine beginning in February 2022, inflation in Peru was greatly exacerbated. By April 2022, the inflation rate in Peru rose to its highest level in 26 years, creating greater difficulties on the recently impoverished population.

Inflation poses severe challenges for emerging market economies. The latest example is in Peru, where social unrest spreads across the country, forcing the government to impose a curfew in the capital, Lima, on Tuesday, according to Reuters.

"The cabinet has agreed to declare a ban on the mobility of citizens from 2 a.m. through 11:59 p.m. of Tuesday, April 5, to protect the fundamental rights of all people," Peruvian President Pedro Castillo said in a live broadcast last night.

The South American country was already struggling before commodity prices jumped to record highs because of the Ukraine invasion and virus pandemic supply chain disruptions. Social unrest began last month as demonstrations led by farmers and truckers have intensified over soaring food, fuel, and fertilizer prices.

This all comes as Peru's annual inflation hit 6.82% in March from a year earlier, the most since August 1998. April's number is expected to top 7%. 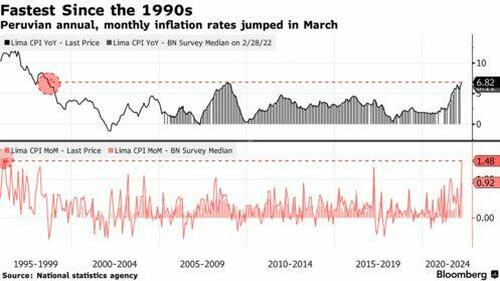 Higher commodity prices, pushing up overall inflation, is metastasizing into a political crisis for Castillo, whose slumping popularity could fall even faster. Castillo has also called in the military to control violent protests.

"This strike isn't happening just here, it's all over Peru," one unnamed protester told Reuters.

Peru's president declared a state of emergency in the capital Lima as violent protests over inflation led to clashes with police, blocked highways and food shortages https://t.co/95yYfgMgFs pic.twitter.com/gwzVCpJyGm

PERU: The country has declared a state of emergency, mobilized the military to support riot police, and issued several cities a curfew after nationwide protests against inflation, fuel prices and the government spread for a week. pic.twitter.com/W2v18kNDK9

Besides tax cuts, the government has desperately raised the minimum wage by about 10% to about $322 per month.

As the situation worsens in Peru, none of this should be surprising to readers. We've explained that social unrest in emerging market economies was inevitable due to the rapidly rising cost of everything.

... and it's just not Peru that is being impacted by inflationary forces on the continent but every country in South America. The continent is a ticking time bomb for unrest.

We've also outlined countries outside South America that could be prone to unrest due to inflation and food shortages. 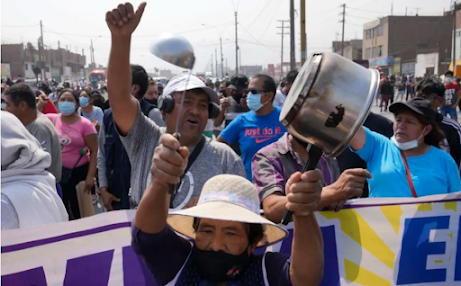