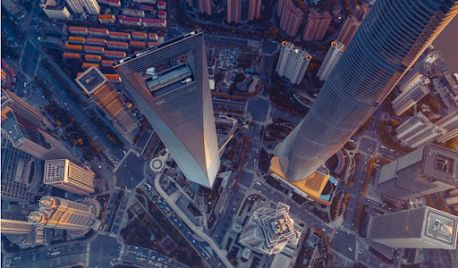 Some 25 months after their infamous Wuhan lockdown, the Chinese government has launched an even more ambitious lockdown campaign, this time in Shanghai, the country’s biggest city.

This time, the stakes are even higher.

The Shanghai lockdown is much more ambitious than the Wuhan campaign, as Shanghai is both bigger in population size and square mileage. Shanghai is also China’s financial hub, serving as the country’s (and the world’s) leading manufacturing and industrial city.

The economic ramifications of a potential long term lockdown in Shanghai will surely be felt worldwide. Coupled with the residual side effects of the Russia-Ukraine war, this shutdown is sure to add even more pressure to an unstable global economy.

As video evidence has proven, this is not a mere information operation. Shanghai is indeed fully locked down, and it has been this way for several days.

Now, it’s worth asking if the CCP is attempting a “Wuhan Zombieland” information op on an even larger scale, or if the Chinese government has really come to embrace the pseudoscience that is lockdowns, by reading too much of their own favorable press. That much remains unclear, and there’s not much we can do at this point other than speculate on the motives behind the lockdown quackery.

One thing’s for sure: the Shanghai lockdown showcases the horrors of a governing regime having complete control over a society. Through COVID Mania, China further reinforced its “social credit” system, adding more surveillance layers to an already heavily authoritarian system. Those systems, such as vaccine passports and biometric movement passes, were not just adopted by China, but countless Western countries, too.

Due to the scale and scope of the Shanghai lockdowns, the CCP is on the verge of overseeing a very real humanitarian catastrophe. They’re already causing a wave of potentially unprecedented starvation, and engaging in barbarism that includes the culling of domesticated animals.

The Anci district of Langfang city, in northern China, on Wednesday ordered the “complete culling of indoor animals” of coronavirus patients, the state-run China News Service reported. It’s unknown how many pets were killed. Got to blame something…😔🤬https://t.co/ZqsqVZGBmz

When does this end, and what will be the global reaction to China’s COVID measures?

Hopefully nothing. Thankfully, at least some areas of the world, particularly the free regions of America, have become wise to the pseudoscience behind the lockdowns and other “tools” purportedly designed to stop people from getting sick. However, much of the world remains propagandized into potentially accepting another round of COVID tyranny.

China used its early 2020 lockdown as a political weapon to showcase its apparent political superiority, and the CCP persuaded the West to adopt similar policies that resulted in economic and humanitarian disaster.

The Wuhan lockdown lasted only a handful of weeks, but its declared “success” in defeating COVID convinced the vast majority of the world to attempt to replicate the severe restrictions. For two years, China has claimed to have stamped out the coronavirus with a lockdown + “COVID Zero” policy, but attempts to replicate the measures have resulted in unprecedented disaster for humanity, as lockdowns catastrophically failed to stop the spread.

The Shanghai lockdown is poised to have global ripple effects, and it’s best to keep an eye out for what’s next to come from the regime that rules China.

"China: COVID stormtroopers force Chinese citizens to get on a bus that will take them to a quarantine camp."