The Silence at Funerals 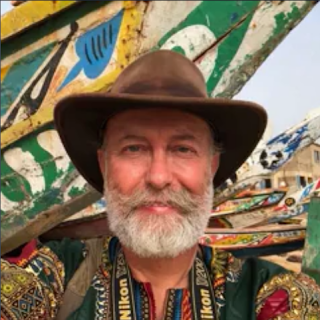 We have always said that the biggest problem with the globalist eugenics plan is the difficulty involved in hiding the dead. This is why an emphasis is placed on deceiving bereaved families so that they don't investigate, and also on deceiving the wider society, so that it pretends not to suspect.

And I say pretend because I don't believe that in their heart of hearts, they don't put this fundamental question to themselves after seeing the third or fourth friend fall to heart attacks and strokes.

For this reason, a circle of self-deception is created. If the victim survives she doesn't want to admit it because she got vaccinated voluntarily, and that would mean admitting that of all those people she's been denigrating were actually right. Paralysed by their complicity, the doctors help in this process and facilitate an alibi by assuring the injured that there is no relationship to the jab (something that they cannot know, and which therefore constitutes a blatant lie).

Then there are the friends of the deceased, almost all of them multi-jabbed, who are gripped by fear at the thought that they may be next. So they prefer to pretend that it was just a coincidence. They will go over their friend's biography until they find something that gives them comfort: he was fat, he drank too much, he didn't exercise, he smoked, he had stress, he had an arrhythmia 20 years ago... any idea will work when one wants to believe.

Later, the media also pitch in by flooding us with reports of increases in all of the diseases that are described as vaccine adverse events, rebranding them with terms such as climate-related mortality, due to our sinful human lifestyle.

All of these sectors together build up a completely false and unsustainable narrative, but it is one that makes them feel better.

Deep inside, however, the covidian realises that two years of the pandemic took no one under 80, and yet for some time now he's going to funerals for people of his own age or younger almost every month. This is empirical epidemiological evidence that is difficult to ignore even for the most kneejerk types.

Tens of thousands of vaccinated people are dying from strange, sudden, unexpected and previously rare pathologies.

But it's not just the deaths. Millions are taking tests and consulting doctors because after being injected, something is going wrong inside them. Memory loss, severe aging typical of 10 years condensed into one, menstrual problems, depressive psychoses, irritable moods, headaches, lack of sleep, tremors, constant tingling, blindness or deterioration of sight and hearing, arrhythmias and palpitations, liver problems, blood tests showing everything off the charts, problems attaining erections, poor digestion, change in olfactory perception, high blood pressure, unbalanced glucose, the beginnings of diabetes, severe changes in the voice, constant respiratory infections ... Whether they are monitoring themselves constantly or hardly at all, they are preceivinh something whose provenance the doctor claims to know nothing about (the doctor knows its provenance perfectly well, but plays dumb).

Keep in mind that these people mostly don't tell even their best friends because they don't even want to openly voice what they suspect. They'll tell you they're fine, but that's not true.

In this way, a climate of fear is created, which I will discuss in a future article.

My intention in developing this topic is not to frighten you, but to help them to avoid the next dose, which may be the one that ends you. If I can shake just one person out of his absurd hypnosis, his self-delusion of "everything's fine", it'll be worth it.

Will you be the last wildebeest to cross a river full of crocodiles?

Millions of vaccinated people have sworn never again; They understand that they have been deceived. Even those who got vaccinated it to travel or enter bars now see that we unjabbed can do those same things. So not even that absurd reason for the jab was true.

At least the unjabbed, who of course can also get sick and die, know that whatever happened to us had to happen. We know that it was not the result of deciding to participate in an experiment in exchange for nothing, or out of fear or from not wanting to pay attention to the people trying to warn us.

That feeling really must be terrible.

Living in wait for the side effects to appear, seeing healthy athletes collapse, thinking that nothing can be done just because of that one wrong decision you made. That is, for having trusted the "lifelong" doctor or the friend, brother or acquaintance with a medical degree who did not tell us that in reality he was repeating something that he did not know. That person who certified his advice as if he had studied Pfizer's prospectuses carefully, as if his opinion were independent, as if they had not pressured him with procedures and threats, as if he hadn't seen colleagues expelled from medical schools for telling the truth. The doctor you trusted did not tell you any of this, but instead limited himself to repeating what he was told to say: get vaccinated.

Are you going to say something back to him now? Probably not. Like him, you will subscribe to the disoriented collective hypnosis, to the prevailing ostrich position of not seeing in order not to suffer.

But your blood keeps generating spike proteins, It keeps getting thick. Your organs are working overtime to maintain their normal activity despite being weighed down by synthetic mRNA.

I beg you get out of this nightmare and not to take another dose. Break the spell of the news media, join free humanity and reject blackmail, QR codes and vax passports. Return to your condition as a pure human being without genetic contributions from companies with dark intentions.

Those who finance these companies and the institutions that help them have publicly declared their intention to reduce the world's population. Are you willing to be rendered to one of the "surplus" people? Are you seriously going to risk premature death in order to avoid the flu?

The vaccinated get sick and die much more than the unjabbed, and the complicitous authorities have stopped giving data on this. But you can go back to being a natural being if you stop gambling with your life every six months. Your innate biology is wise, so don't buy any more numbers in the lottery of death. If you don't gamble, you don't lose.

Whatever they come up with in the coming months and years will be a lie. So don't listen to them. They will once again use your favorite announcer, your most trusted journalist, your favorite singer... the people who won't be there when you are sitting scared to death in the specialist's waiting room. All of them advised you to participate in the experiment because they were paid to do so. It was just another advert. The same way that they advertise cars or shampoo, they promoted a gene injection. And you believed them then, but this belief cant last because you've seen that not only are you not immune but that you're sicker than before.

Make them pay for having cheated you when you were at your most vulnerable. And do not renew your trust in those who failed you.

They want to inoculate you 3 or 4 times a year between flu, covid and whatever else they make up. If you keep playing, it's only a matter of time before you win the Euro Thrombus.

The silence of funerals is no longer just out of sorrow. It's out of fear of being next. 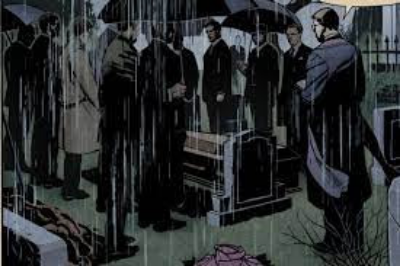 "I've had the vaccine and I'm fine". A logical response: