Were French people struck from the electoral register before the 1st round of this new presidential election? This is what some local courts are trying to determine. Since INSEE (the national statistics bureau of France) became responsible for the system of registration on the electoral lists, several citizens have felt abused, claiming to have been deregistered without reason, despite their registration being in good standing. We spoke with Sophie, registered for a long time in the municipality of Beausoleil in the Alpes-Maritimes, who filed an emergency appeal hoping to be able to vote on Sunday.

Sophie used to register, her electoral card had already been stamped several times. This year, she repeated the same ritual, but suddenly the town hall of her commune explained to her that she had disappeared from the lists. The local court told her that three people in her town had the same problem. This concern could therefore involve thousands of French people, just before the 1st round of the election. The town hall then told Sophie that she would be able to re-register, but not for this presidential election, neither in the first nor in the second round. She can only register for the legislative elections that follow.

At the end of March, in the West Indies, French people from the DOM-TOM (Overseas French territories) encountered the same problem.

FW comment: Europe Reloaded expands a little on this story and makes the pertinent point that the pre-election polls cannot be trusted. The systematic pro-Macron bias in pre-election surveys is all the more apparent when we remember the size of the "Anybody but Macron!" bloc. A CNews poll just days ago revealed that 66% of respondents would in fact support any candidate in order to oust the current president. 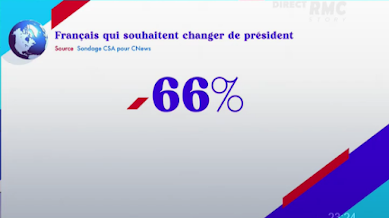 66% of respondents support a change of helm, whoever the candidate. 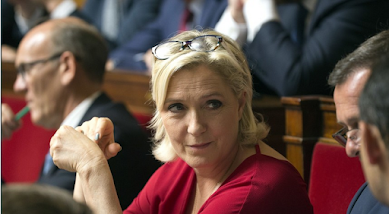