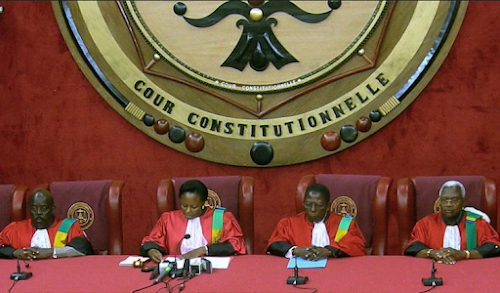 Note: Across Africa, popular attitudes towards vaccination (mandatory or otherwise) are wildly at variance with the policies of the continent's governments. This has heightened social tensions in Gabon, where two anti-lockdown protesters were killed last year. The activist group Copil Citoyen has now called for a two-day general strike ("ville morte") possibly timed to coincide with the massive teachers strike in France.

On Friday, December 31, 2021, the Constitutional Court of Gabon ruled against the vaccination pass mandate to access to public services, which had been decreed by the government. Despite this second rejection, on January 3rd, the government adopted a draft decree in the Council of Ministers which includes the same measures rejected by the population.

A new rejection of the vaccine pass

The Constitutional Court determined that the government's decree was "regular" in form, but that Articles 6 and 10 were "unconstitutional" in substance and that therefore, "the entire text of the decree is inapplicable."

These two suppressed articles are considered inseparable from the 8 others and have made this decree "inapplicable". As a result, the decree was "annulled". The Court justified its decision by the citing the violation of the constitutional hierarchy (hierarchy of norms) which was raised by representatives of the Copil Citoyen. The decree, they underlined, violates these legal standards and enshrines the commercialisation of fundamental human rights as well as public and individual freedoms by making PCR tests chargeable. It also, they said, violates the res judicata principle governing the Constitutional Court's decisions.

The decree had provided for the implementation of several new measures which are strongly rejected by civil society. These include the obligation to present a health pass to get to your workstation or to access public places, amongst other things. Without a pass, the unvaccinated had to show a negative PCR test no older than 14 days. However, the PCR test must now be paid for again, costing 20,000 or 50,000 CFA francs [ between £27 and £63 sterling, i.e. up to 10% of an average monthly salary.]

On December 21, 2021, the government was, for the first time, forced to suspend those measures that made vaccination compulsory and put an end to free PCR tests. 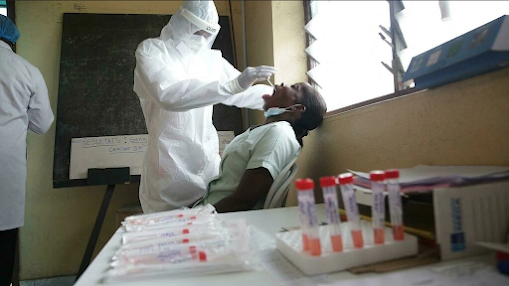 The government persists and maintains the standoff

So,in the space of less than two weeks, the Constitutional Court, pushed by civil society groups, quashed two government orders setting out Covid-19 measures. However, on Monday January 3, 2022, the government changed its strategy and adopted a draft decree in the Council of Ministers. The new text renews all the rejected measures and further increases the price to pay for a PCR test: from now on any unvaccinated citizen must pay for his Covid test at 50,000 FCFA [ £63 sterling].

The celebrations of civil society and the Copil Citoyen, therefore, were short-lived.

The new decree specifies that access to a public building, business, restaurant or nightclubs is subject to the presentation of a QR certificate or vaccination card. To be implemented, this draft decree must first be adopted by both houses of parliament. However, the ruling party has an overwhelming majority in the Senate and National Assembly.

At the same time, members of the Copil Citoy have just issued a one-week ultimatum to the government and Parliament in order to change course in the management of Covid-19. They're calling for a more responsible, consensual,  proportionate and less politicised management of the situation.

According to the spokesperson, Geoffroy Foumboula Libeka Makosso "after this deadline, the Citizen Copil reserves the right to initiate at any time, all actions it deems necessary in order to have our demands met".

After having suffered two successive disavowals from the High Court, "in a so-called democratic country, the government should draw all the necessary political consequences as quickly as possible" concluded the Citizen Copil.

In France, the members of the Constitutional Council already surrendered their independence by approving the health pass and they allow themselves to be continuously following the fraudulent data used by the executive to achieve this Constitutional violation.

This is why we are asking citizens to share and sign our petition , which calls for the Constitutional Council membership  to respect their statute and resign instantly.