The Insaurralde case, ANMAT and graphene: Confessions of a criminal State 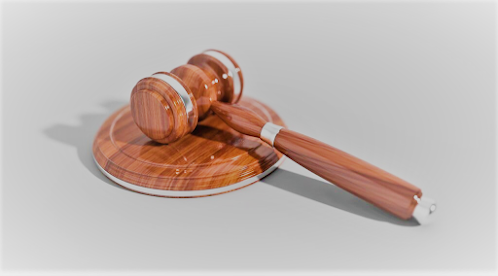 Various lines of evidence point to different levels of the Argentine State colluding to hide the serious damage caused by Covid injections, to deny essential information to the public and to hinder the work of a public official committed to his profession.

The case of the prosecutor Carlos Insaurralde, who had to excuse himself from a file in which "due to a typing error" ANMAT recognised that the Covid injections contain graphene, gives the impression of a spontaneous confession by a criminal state.

A particular set of circumstances is pointing to serious collusion between different levels of the Argentine State. In a chain of events attested by official documentation, the grave damage inflicted by Covid injections is being concealed, essential information is being denied to the public, and the work of a judicial officer committed to his role is being hampered.

We have ascertained a deliberate attack upon the health of the Argentinian people. On the one hand, highly dangerous experimental injections are being approved, while, on the other hand, safe  and effective therapies such as chlorine dioxide are banned and suppressed. In both cases, the decisions are arbitrary and not supported by any scientific evidence.

To complete the picture, lawmakers from the ruling party (with firm support from the opposition) are trying to pass a law to make Covid inoculations mandatory.

Video: Act in La Plata asking for the reinstatement of the prosecutor Insaurralde

Confessions of a criminal state

In this succession of events, the Argentine State has incriminated itself, by action or omission:

ANMAT as an organ of control: the case of chlorine dioxide

In a recent video, Marcelo Daniel Otero exposes the other face of the ANMAT. It is clear, from the agency's contradictory statements about the Covid injections, that it does not have the resources to investigate the very products it approves, including the "vaccines". Similarly, a case initiated in mid-2021 requesting that tests be carried out on the safety and efficacy of chlorine dioxide was answered with the argument that there is extensive foreign literature on the substance, but to carry out tests, a request from a pharmaceutical laboratory was needed.

This implies that the agency banned and criminalised the use of chlorine dioxide without any scientific evidence. What motivated the vehement prohibition, in the midst of a "pandemic", of a product that is legal in most parts of the world, and which was freely sold for years in Argentina?

Due to ANMAT's decision, there were raids, arrests, intense negative propaganda in the mass media, and refusal to supply the substance to patients who later lost their lives. The document presented by Marcelo Daniel Otero shows that ANMAT does not have scientific evidence to justify its position against chlorine dioxide. How do they justify it then?

Compulsory vaccination in Argentina? Anatomy of a criminal operation

In this context, the ruling party in the Argentine Parliament pushes for mandatory "Covid vaccination". The project attempts to circumvent the need for informed consent, the absence of which has caused vaccination clinics to be closed, and is one of the indicators of the procedure's illegality.

The legislative's initiative aims to legalise what was illegal until now, and closes the circle of criminal collusion between the different levels of the State.

The results of the experimental inoculation in other countries (where, unlike in Argentina, there are official statistics) is devastating:

However, the Argentinian government is even injecting children and now aims to forcibly jab the entire population.

As in the time of the last military dictatorship, we see backdoor illicit deals, manipulated by external powers, and returning now to decimate the Argentinian people.

*Text has been slightly modified for readability.