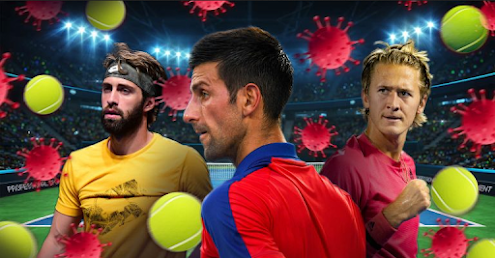 As the vaccine lobby's militia attempts to turn the world's greatest tennis player into a ruthless villain, we would like to bring up the question of another much less well-known tennis player positioned well below in the rankings. Naturally, we're not going to put our questions to the vax lobby's militia or the cult of the syringe, because screaming and hysterics are only for those who enjoy them. Let's ask people who have not reneged on their intellectual honesty. In other words, let us ask ordinary people: what happened to Nikoloz Basilashivili?

The Australian Open, which is also now known as the Australian Closed, has become a billboard for global hypocrisy. There's nothing on the planet that shows with such significance what is taking place there and what it means for the future of humanity. Novak Djokovic, the world's number one tennis player, was barred, detained and humiliated by the Australian government. He has not felt, and will not feel, this humiliation because he is so much bigger—as a personality and as a man—than any of those tin-pot health tyrants that have suddenly proliferated everywhere.

In a pathetic and deceitful claim to defend life, never have so many hacks worried about human health. The Australian government used the star Djokovic as a trophy for its false propaganda to combat the pandemic. For not having taken the experimental vaccine against Covid — and we'll repeat it, so that the factchecking militia doesn't think we said it by accident: the EXPERIMENTAL vaccine, whose studies on efficacy and safety ARE NOT yet completed — the tennis player was put into isolation.

Djokovic presented a negative Covid test, a certificate of high post-Covid immunity and a certificate of vaccination exemption, but it was of no use. As you already know, the pandemic tyrants aren't interested in health, they only want vaccines. They don't want immunity, they only want the certificates of the jabbed herd. Tennis player Sebastian Korda had no problem entering Australia with his “complete vaccination schedule”. And when it was discovered that he had Covid, the media horde did not pounce on him. It was all normal, no lynch mob cheerleaders attacking the enemy of public hygiene. The problem instead was Djokovic, a healthy man, who didn't have the Fascist passport.

Fascist propensities are just like that — and we know them by looking in the rearview mirror of history. There comes a point at which a thing born from fear (which is inevitable) and the search for a collective ethics for confronting danger (which is fundamental) both turn irrational. And in this irrationality the way is opened up for the crude desire to surveil, to segregate and to demean the other. From a certain point on in the totalitarian escalation — and we are already past that point — it doesn't make much difference whether the vigilante in question is cynical or just gullible. Either a part of the collective awakens and stops the escalation, or else innocence ends for everyone, and freedom along with it.

Committing to the brutal treatment of an established athlete in the name of a bogus health blockade is a passport towards the legalisation of tyranny. Note to the fact-checking militia: the sanitary blockade is false because the vaccines in use do not prevent infection or transmission, and there are multiple occurrences of Covid hospitalisation and deaths in patients with the “complete vaccination schedule”. Translating: the certainties that you spread about efficacy and safety don't exist. But we understand that it is part of the aforementioned scheme.

Now we return to our opening question: what happened to Nikoloz Basilashivili? (and here, the vax militia is dismissed. They can go and harass mothers in mourning and do their cancelling thing). So, the Georgian tennis player was in the middle of the game when he began struggling to breathe. He then quit the game and went to emergency care inside the court. We hope he's okay, but we'd like to know: what happened to him? What was the cause of the problem?

(And surely there'll be one vaccine militant still with us in the room who is already carping that this is just how it is, tennis players at the Australian Open usually run out of air. Excuse me, dear. Let's get serious here for a little bit, then you come back later.)

Hundreds of athletes collapsed in 2021. The count of sudden deaths and heart attacks has already passed 200 cases — and this is not a surreptitious list. The cases are visible precisely because the contests are in public and the meltdowns often happen during the game, in full view of the cameras. Of course, the sect is already screaming that everything is normal. But since we are not chronic amnesiacs, we know that it's not. Instead, there needs to be a serious investigation of these cases.

The court restored Djokovic's visa to compete in the tournament in Australia after the outraged reaction of all those who had not lost their minds, such as Kelly Slater, the greatest surfer in history. In repudiating the attempted moral lynching of Djokovic, Slater proposed that Stockholm Syndrome be renamed Melbourne Syndrome. Are we going to find out what happened to Basilashivili? Or are we going to sink into the Melbourne Syndrome? 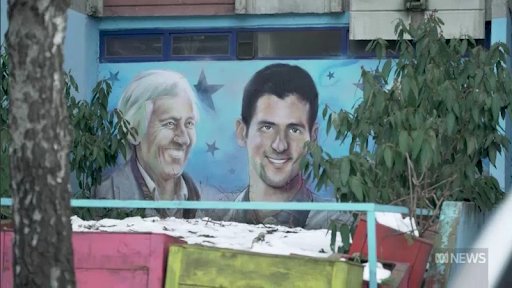