The Great Unvaxxed: the control group that Big Pharma must eliminate at all costs 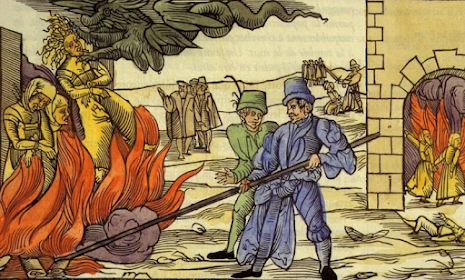 The emergence of a worldwide hatred towards the unvaccinated, who are virtually accused of being at the origin of COVID, now raises the question of the control group that we represent. The multilateral coordination of this operation is extremely effective, and it underlines the real influence exerted by the pharmaceutical laboratories upon the decisions of individual nation-states. But why are the producers of a vaccine that does not work, especially in the face of new variants, in such a hurry to end resistance to this vaccine? Could it be because the unvaccinated will soon be the annoying control group that exposes the lasting side effects of their product?

In all pharmaceutical trials, a control group is chosen. It serves as a benchmark between those who serve as guinea pigs and those who do not. The control group is the one that isn't "experimented upon". They are not undergoing any treatment. And if, statistically, this or that phenomenon occurs in the guinea pig cohort, then we may suspect that these are side effects produced by the treatment, since the control group does not suffer from them.

The unvaccinated: a disturbing control group

Transposed onto a countrywide scale, this technique of maintaining a control group corresponds quite well to the situation we have with the vaccinated vs. the unvaccinated.

Officially, a very large majority of the population received the magic treatment, which was presented to us as “the only way to regain a normal life”. Keeping to official figures, a tiny minority, which nevertheless constitutes 5 million people in France, still lives in their natural state. That's to say, without a vaccine.

So there is one group undergoing treatment and another group that is not.

Not enough emphasis has been placed on how disruptive this situation is, both for the laboratories which manufacture the experimental treatments and for the governments which favour their administration. For, if the conditional marketing authorisation were proven to have caused lasting harm to public health, the control group would provide overwhelming, irrefutable, real-life proof of the forfeiture committed by the sorcerer's apprentices who are enjoining us to get vaccinated.

Suppose, for example, that the number of cancers increases by 20% next year in the vaccinated, while it remained stable in the unvaccinated. We would be faced with a new 'infected blood scandal', but multiplied by the power of 10 or 100. Governments would have to explain why they undermined the lives of the unvaccinated to steamroll them into being inoculated with a poison.

The risk of an uncontrollable revolt by the vaccinated

But the great fear of governments is obviously the reaction of the vaccinated if the latter discover that the trust placed in their beloved leaders has been betrayed.

We, the unvaccinated, look with an amused smile upon the ridiculous fatuity of those who feel invigorated by their two doses of vaccine, who have taken the third dose without flinching, and who consider it an honour to be injected every 3 months a fresh dose of a product they know nothing about. They accuse us all of being super-spreaders who assume the right to kill others. And since Macron guarantees them impunity, they are not far from wanting to lynch us with all the zeal of the little ass-kisser who wants to please his teacher.

But this is a gamble taken in ignorance. Blinded by their conformism, they cannot imagine for a single moment that the State, the dear daddy-State, the dear Social Security nanny, could have lied to them. And they would fall out of their chairs if they ever found out that the decision to mass vaccinate was not made by honest souls anxious to protect them, but by incompetent, cynical puppets who sign decrees drafted by a Deep State whose cogs are cleverly hidden.

Next week we will revisit the role played by international consulting firms in preparing these decisions. Until then, in the dark scenario (of which everyone has a gut feeling) that the vaccine produces disastrous side effects over the longer term, such as upsurges in cancer, it is conceivable that the likes of Macron, Véran, Castex, and further afield, Draghi or Johnson, could suffer a terrible fifteen minutes.

Let us not forget that, in September 1944, this country was set alight by Communists who did not lift a finger when Pétain took power in July 1940, and that they were often helped in this “purge” by last minute resistance fighters who needed to redeem their behavior after a questionable attitude during the occupation.

The sheep of today may very well turn into the liquidators tomorrow, and kill the very thing they once loved. And the Macrons, the Castex and the Vérans of the world know this perfectly well.

The urgency of removing the control group

Therefore, in the scenario in which this all turns out badly, the first emergency manoeuver would obviously consist in reducing as much as possible the number of “witnesses”. These, then, would no longer constitute a statistically significant group providing clear evidence of wrongdoing by governments and their pharmaceutical accessories.

Hence the urgent zeal shown around the world in cracking down on the unvaccinated.

I recommend everyone to read this fascinating article by Marianne on the various sanctions invented around the world to “degrade” the unvaccinated. It shows an anthology of violations of the rule of law: fines of varying amounts depending on the country (administered monthly), and even blocking SIM cards to prevent unvaccinated people from accessing the Internet.

All of this is delirious, but the good bourgeois Macronist loves it, especially when he himself thinks of all the tortures he inflicted upon himself from childhood, curbing his natural passions and impulses in order to be the perfect prototype of a globalist. Why should he be the only one to suffer? Being a globalist has to be earned, my good sir.

These daily humiliations inflicted on a minority are obviously not solely the product of elite sadism. They are there for a good reason: the fewer unvaccinated there are, the less evidence there will be of a possible, possible, plausible, plausible, probable, general deterioration in the health of populations as a result of the vaccine. Not in the next six months, but in two years, or in ten years.

It's enough to see what it will take for the 10,000 Australians who seek compensation from their government for vaccine side effects to understand that if the number of claimants rises to a million, operation "vaccinate everyone" will start to look pretty darn unpleasant.

Ever since Kristallnacht, we know how this song goes.

The premise for a scheduled purge

From here I can hear the voices of skeptics crying conspiracy theory.

The same people were crying out 'conspiracy theory' when I announced, in March 2021, the impending introduction of a mandatory passport in restaurants. I even got my share of fact-checkers telling me at the time that this was all nonsense. But I was only four months ahead of the news.

The same people were crying out 'conspiracy theory' when in the spring I announced a compulsory vaccination plan for the month of November. And finally, it was the Socialist Group in the Senate that tabled this text in October...

Today I am announcing that, within six months, the government of the French Republic will propose confining the unvaccinated to house arrest (relégation) and the confiscation of their assets, if we do not stop them.

By then, they will have worked to hide all the incriminating evidence.

Look at how obstinately the taxpayer-subsidised media (by decision of the global elite) refuse to discuss the millions of cases of side effects identified by public pharmacovigilance organisations, whether those of the American VAERS or Eudravigilance in Europe. These are not the statistics of conspiracy theorists, however. They are official data.

But the fear that the powerful inspire in journalists who take them for intellectuals is enough for them to permanently recycle bogus arguments like “these are not side effects, but only suspicions of side effects, the link is not proven”, etc.

Do not forget that Macron did in fact render the debates of the Health Defense Council a defence secret.

This all stinks, my friends.

The systematic and relentlessness mantra-like repetion that “the vaccine works, and it's proven”, when the most heavily vaccinated countries are forced to implement prophylactic measures that the less vaccinated countries do not use, and the relentless and systematic cover up of the serious side effects produced everywhere by the vaccine, all stinks like a rat. It is the stink of the pharmaceutical laboratories' organised lying.

Everywhere we see the bankrolled media pushing the issue of mandatory vaccination to the forefront of the agenda.

And I'll say it again. As soon as the presidential election has passed, the very same media will unashamedly pose the question of the final removal of the unvaccinated from society.

This sequence of events is not random nor the product of a logic that escapes us. Ratther, it is the immediate and concrete result of an agenda already drawn up by the global elite.

We will come back to this next week, but the intervention of McKinsey and others such as Roland Berger serves precisely this purpose: to globalise vaccination as an industrially formalised procedure. What was once addressed on a country by country basis, by individual governments, is now subject to "multilateral coordination" which allows the same coercive measures to be imposed everywhere, simultaneously, across the world.

And, in McKinsey's agenda, the process of physically excluding the unvaccinated is already on the cards.

You'll see. We'll be talking about it soon.

See also: Join in, starve the unvaxxed to get your old life back