Lukashenko Told You It Was a Psychosis TWO YEARS AGO 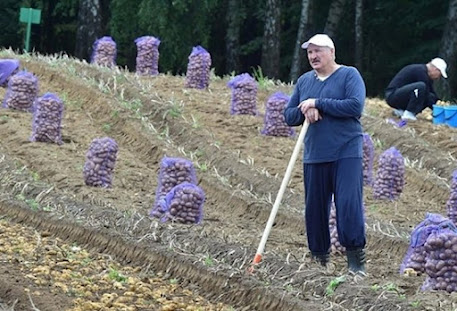 The entire interwebs are ablaze with the term “mass formation psychosis”. Since a smart Ph.D. visited Joe Rogan everyone and their grandmother are now reading up on it, and emitting into the ether how the COVID panic (hysteria) is nothing but a mass psychosis. That is great. Except that it is January freaking 2022.

It has been a psychosis for nearly TWO YEARS now. It has been evident it is nothing but brain rot in the heads of excitable idiots this whole time. Aleksandr Lukashenko, a Belarusian potato farmer, and a much less educated man than Dr. Robert Malone, diagnosed it as a “psychosis” and an “info-demic” way back in March 2020.

“Despite some criticism on my part, I call this coronavirus nothing other than a psychosis, and I will never deny that, because I’ve gone through many situations of psychosis together with you, and we know what the results were.

“Coronavirus is yet another psychosis, which will benefit some people and will harm others.”

Doesn’t it seem to you that the powerful forces of the world would like to remake the world, without a ‘war’(Emmanuel Macron has already called it a war), through this so-called ‘corona-psychosis’, or ‘info-demic’? Many people are asking: ‘what will happen after the pandemic?’”

Some need the permission of a PhD to start thinking, preferably a PhD they saw on a massive media outlet like Rogan.* Others, like Lukashenko have their folksy common sense to work from.

*Who is on record as saying that without lockdowns you would have had more COVID deaths.