In a new study published recently in the journal Temperature, Prof. Valentina Zharkova demonstrates that the Sun has entered into the modern Grand Solar Minimum (2020 - 2053) that will lead to a significant reduction of the solar magnetic field and activity like during Maunder minimum leading to a noticeable reduction of terrestrial temperature.

"Sun is the main source of energy for all planets of the solar system," Prof. Zharkova states. "This energy is delivered to Earth in a form of solar radiation in different wavelengths, called total solar irradiance. Variations of solar irradiance lead to heating of upper planetary atmosphere and complex processes of solar energy transport toward a planetary surface."

This approach revealed the presence of not only 11-year solar cycles but also of grand solar cycles with a duration of 350 - 400 years.

"These grand cycles are formed by the interferences of two magnetic waves with close but not equal frequencies produced by the double solar dynamo action at different depths of the solar interior. These grand cycles are always separated by grand solar minima of Maunder minimum type, which regularly occurred in the past forming well-known Maunder, Wolf, Oort, Homeric, and other grand minima," Zharkova noted. 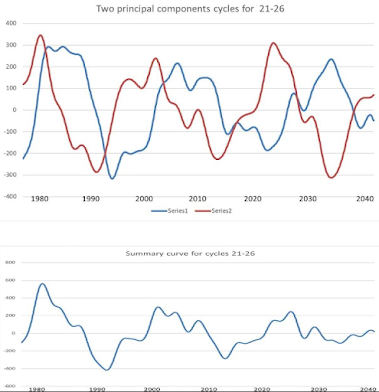 The most recent grand solar minimum occurred during the Maunder Minimum -- which lasted 65 years, from 1645 to 1710.

"The discovery of double dynamo action in the Sun brought us a timely warning about the upcoming grand solar minimum when solar magnetic field and its magnetic activity will be reduced by 70%."

Zharkova states that this period has started in the Sun in 2020 and expects it to last until 2053. 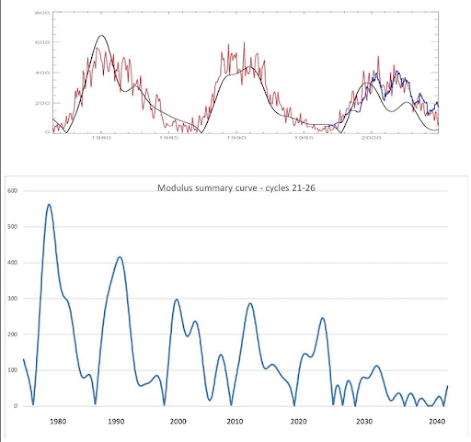 "The reduction of a terrestrial temperature during the next 30 years can have important implications for different parts of the planet on growing vegetation, agriculture, food supplies, and heating needs in both northern and southern hemispheres. This global cooling during the upcoming grand solar minimum (2020–2053) can offset for three decades any signs of global warming and would require inter-government efforts to tackle problems with heat and food supplies for the whole population of the Earth."