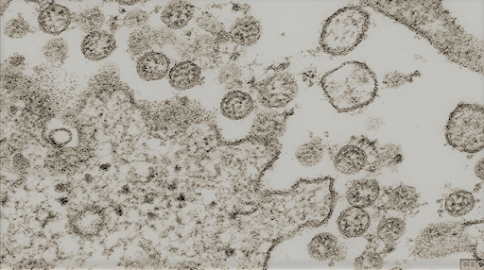 You’ve published a blog titled “Has the virus been isolated? Yes“.

You go on to clarify that you actually have no idea if this is true, and that your title is based on faith in certain individuals:

Hmm.  Well I personally don’t rely on other people’s beliefs – especially people with a long history involving many millions of dollars with the so-called “vaccine” industry that claims to protect us from alleged “viruses”.

Now to your credit, you did disclose that “isolate” means different things to a virologist versus a regular man or woman, or a scientist.  But you didn’t explain to your readers what “isolate” actually means to a virologist.  I think it’s important for the public to know.  Don’t you agree?

Here’s an example, from researchers at the CDC:

For isolation, limiting dilution, and passage 1 of the virus, we pipetted 50 μL of serum-free DMEM into columns 2–12 of a 96-well tissue culture plate, then pipetted 100 μL of clinical specimens into column 1 and serially diluted 2-fold across the plate. We then trypsinized and resuspended Vero cells in DMEM containing 10% fetal bovine serum, 2× penicillin/streptomycin, 2× antibiotics/antimycotics, and 2× amphotericin B at a concentration of 2.5 × 105 cells/mL.

We added 100 μL of cell suspension directly to the clinical specimen dilutions and mixed gently by pipetting. We then grew the inoculated cultures in a humidified 37°C incubator in an atmosphere of five percent CO2 and observed for cytopathic effects (CPEs) daily. We used standard plaque assays for SARS-CoV-2, which were based on SARS-CoV and Middle East respiratory syndrome coronavirus (MERS-CoV) protocols…

When CPEs [Cytopathic effects aka harm to the monkey cells] were observed, we scraped cell monolayers with the back of a pipette tip. We used 50 μL of viral lysate for total nucleic acid extraction for confirmatory testing and sequencing. We also used 50 μL of virus lysate to inoculate a well of a 90 percent confluent 24-well plate.“

I’ve had to submit a FOIA request to the CDC for details of the vaguely referenced “mock infected cells” used in this study.

But the Methods that are available from Harcourt et al. (and all other “SARS-COV-2 isolation” studies) make clear that “isolation” to Robert Malone and anyone else who insists “yes, the virus has been isolated” means combining monkey kidney cells (aka “Vero” cells, or some other cell line) with fetal bovine serum, patient specimens and toxic drugs, and then irrationally, unscientifically attributing any resulting harm to the poisoned monkey cells (which are typically also malnourished by the researchers) to “the virus”.

Nothing is isolated as per the meaning of the word to regular humans, not even from the monkey/cow/human mixture.

And since no one on the planet has managed to cite or provide any record describing isolation/purification of the alleged “virus” or any “variant” from any patient sample, by anyone, anywhere, ever (which you seem to realize based on your repeated references to the FOIA collection that is publicly available on my website and now contains failures from 156 institutions in roughly 30 countries) it’s quite clear that no science has ever been carried out with the theoretical “virus”.

Since you brought up the curious “science” of Dr. Sabine Hazan, I’ll share with you the bizarre email exchange I had with Sabine that went off the rails as soon as I pointed out the blatant flaws in her same paper that you have cited.

Steve, I have a question for you.  Regarding the expensive products that you promote and refer to as “virus” to your readers, have you ever read the descriptions of these products to find out what they actually contain?

Regarding the ATCC and other products that you’ve promoted, Dr. Saeed A. Qureshi, PhD, who spent 30+ years with Health Canada conducting hands-on and multi-disciplinary laboratory research in pharmaceuticals regulatory assessment and is an internationally recognized expert in pharmacokinetics, biopharmaceutics, drug dissolution testing, and analytical chemistry, felt the need to publish a warning: Buyer Beware!

“For $1200, what’s the customer really buying? A diluted human mucus/phlegm/mucus from swab samples with all kinds of added chemicals (30+), including African green monkey kidney cell (Vero cells) broth. In short, they are faking it and lying all the way with confidence and authority!”

Steve, last year I tracked down the origin of the so-called “SARS-COV-2 isolate” that is referred to as “MUC-IMB1” aka “BavPat1” and sold by companies like EVA (also for 2 000,00 € per vial).  It turned out to be just more of what I call “monkey-business fraud”, in this case courtesy of the infamous team of Corman and Drosten.  Never shown to have anything to do with “a virus”.

Maybe it’s time you do your own due diligence instead of repeating the wild unsubstantiated claims of your trusted experts, none of whom can prove the existence of any alleged virus in the complete and utter absence of any purified samples of such.